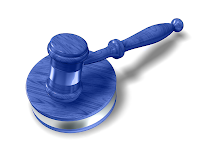 Sidwell Friends School in D.C., attended by the Obama’s daughters (and which counts Chelsea Clinton as an alum) was rocked last week by a scandal involving an affair by the school’s former psychologist with the mom of a child he was treating. The mom’s jilted husband is suing the school for $10 million, which works out to about 10 years worth of tuition (kidding!).
In March, news broke that a Manhattan mom sued York Preschool, a $19,000-a-year preschool for failing to prepare her child for the Ivy League. This poisoned ivy lawsuit had the mom blogs buzzing, mostly negatively about Nicole Imprescia, the mom-plantiff.
As a private elementary school mom in Los Angeles, I’m not in the least surprised by these stories, but I am curious as to what would compel a parent to sue their child’s private school.
Are we seeing the start of a new trend? Or, is the York Preschool lawsuit an isolated case of an overwrought, entitled mom losing her cool? Is the Sidwell Friends case an isolated incident of angry husband/dad blaming the school rather than his wife and her alleged school counselor/lover?
Most elite private schools operate within a small community of parents and administrators, where virtually no parent is willing to cause public drama lest they ruin their child’s chances of continuing at that school, getting their younger kids into the school or having their kids matriculate on to another top school. Or, more importantly, upset their standing in the social pecking order.
Is there something unique about the most coveted, uber-competitive private schools that create toxic environments where parents become livid enough to sue? Have these two lawsuits emboldened other parents to think about suing their child’s school when something goes wrong?
Private school scandal and drama can definitely be attributed to the culture of some of these expensive schools. Whenever you mix hefty tuitions that can reach as high as $30,000 per year for elementary school, wealth, privilege, celebrity and parents who are unaccustomed to being told “no”, it creates an accident waiting to happen. Then, add very powerful administrators, young pretty teachers, enfant terribles disguised as grown-ups and kids to the mix and the situation could ignite at any moment. Want to add more fuel to this volatile situation? Factor in the huge pressure on private school parents (largely self-imposed) and the schools themselves to magically produce super-talented braniacs who are athletically gifted, speak numerous languages and will go to one of three Ivy League Schools to continue their family’s lineage and tradition, can make even a normal person insane.
And it does, frequently. In private.
Shortly after we enrolled our daughter in a top LA private elementary school, my husband, Barry, told me he thought he was a scarce commodity at the school: a dad who worked at a “real job”. Terms like “hand me down money” and “born on third base, but thought they hit a triple”, have been tossed about in our conversations. You get the picture. At the time, Barry was CEO of a company, owned by a major NY private equity firm, with thirty locations around the globe. He wasn’t exactly working 9-5. It was more like 24/7.
Barry thinks that parents who don’t have to work at “real jobs”, and instead create “vanity projects” appear to dominate LA private elementary schools. Wineries, artistic endeavors, housing projects (not the HUD variety), clothing stores that are shuttered quickly and oversized, money-losing, signature projects are rampant. I remind him that a lot of families work hard to pay school tuition. He asks whether it’s really that hard sucking up to the grandparents who pay tuition for their grandchildren. Who really knows? But, it can make for some hilarious social situations when we find ourselves nodding supportively as a parent talks about their “business” or a “huge deal” they are working on. We feign interest, knowing it’s not making or breaking the family finances.
My kids’ school is understated compared to some of the other LA private schools. We don’t see the outrageousness found at other schools. I’m talking about play dates based solely on social status, not on the child’s friendships. Or enrolling a child in a school for the parent’s networking opportunities. That stuff is pretty non-existent at our school, thankfully.
When a parent gets involved in a dispute with a private school, it’s typically resolved privately. I don’t expect this to change. There’s way too much at stake for most families to risk a suing a school, no matter how wronged they feel or how many attorneys they have in their iPhone contacts.
Sidwell Friends and York Preschool certaintly aren’t the only schools to deal with disgruntled parents. Bad parent behavior has been created major problems at several LA private elementary schools in in the not so distant past. The operative word here is private. These scandals (involving sex, awful parent behavior and not-so-kosher sex) have remained private, known only to those at the school or in the larger private school community. Most unhappy families simply leave the school. When you’re paying $25,000 or more per year, per child, if you’re desperately unhappy, you pull your kid out of the school.
The high quality of the education is what makes private school worth it. I believe private school families have a common thread that keeps us at our respective schools, even if that thread isn’t so “common” or is sometimes badly frayed. When all is said and done, it’s about the education of our kids.
* This piece was originally published on OpenSalon.com