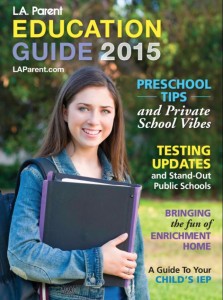 Here’s a piece by Melanie Gaball in L.A. Parent that has some helpful information from admissions directors about parent interviews:

Handling School Admissions Interviews Like A Boss in L.A. Parent

Like Beyond The Brochure on Facebook and get our latest blog posts, information about private school events and more! 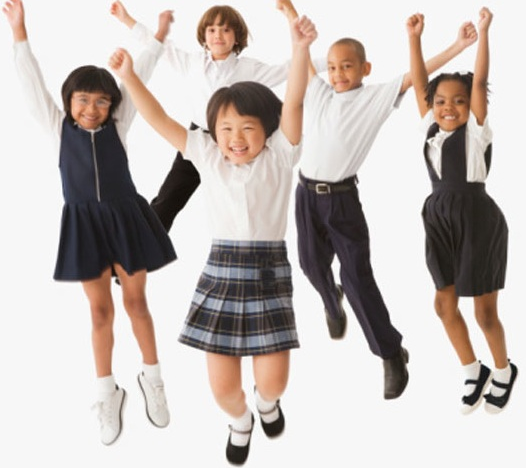 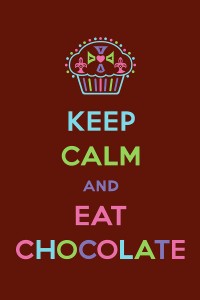 So you’re applying to private elementary schools and you’ve managed to actually get a date for a tour and/or interview  (which for some schools means you called months in advance and already jumped through some hoops), which generally means both you and your child will be interviewed. You’re a grown up and have survived job interviews and talked banks into loaning you money, so this should be a piece of cake.  “You aren’t nervous,” you tell yourself and pretend the new outfit you bought is for some other reason, but the truth is as much as we are prepping our kid by begging and bribing them to behave for just one hour, we know that we also have to pull it off.

In fact, when you’re applying for a kindergarten spot in the competitive L.A. private school market, it may even be more about the family than it is about the child.   I remember the butterflies.  I remember trying to look like I had money, but not so much that I was pretending to be a big donor.  I remember wondering if it’s better to look like working mom, or a stay at home mom, (as if I could fake it one way or another).  I remember frantically searching a school’s web site to see if I could think of at least one or two “intelligent” questions to ask, and then trying to memorize those questions.

I decided to go to a source and ask an admissions director at one of these schools, to sit with me and anonymously give me some insights into what they are hoping to get out of the parent interview

Alice: What’s the single most important thing you are looking for in a parent interview?

Admissions Director:  For parent interviews I want to hear in their voice that they are supportive of their child and will be of the school.  In other words, once they put their kid in the school, I want to know they will trust the school to do what it’s supposed to and not get in the way.

Admissions Director: (laughing) Get in the teacher’s faces.

Alice: Is there a tip off that makes you know you may be talking to a difficult parent?

Admissions Director: Yes.  When they start getting really pushy, questioning the curriculum before they even spend time here.  “If my child does this or that, will you do this or that?”  They are always seeking more and more.  It’s not many parents, but you do find them.

Alice: What would your biggest tip be for a parent going into a parent interview?

Admissions Director:  For them to realize that not every school is necessarily a perfect fit for their child.  They may think it’s a fit because of the status of the school, or whatever, but they need to understand that a child has to be socially and emotionally ready for any school they’re applying to.   Some parents want to push them further than they can actually handle.  Know the boundaries of your child and what’s good for them.

Alice: Can you give me an example?

Admissions Director:  Often the child is just too young and not ready for what a school is going to ask from them.

Alice: I’m just curious, does it mater what you wear to an interview?

Admissions Director:  No.  I mean, some parents dress up and that’s nice, but what’s on the outside doesn’t matter.  It’s the way they present themselves verbally in conversation that’s more important.

Alice: What if one of the parents doesn’t show up?   Does that matter?

Admissions Director:  It’s not a big deal for one interview, but if dad, for example, doesn’t show up, I’ll reach out at some point.

Alice: You’d like to lay eyes on both parents?

Alice: So any final tip for us parents?

Admissions Director: Parents should do their homework about the schools they are applying to, try to talk to other families and get the pros and cons and have questions.

Alice: Sure, but what kinds of questions?

Admissions Director: Anything, about their financial commitments, what after school programs are offered, what transportation, parent involvement on campus?   What high schools the kids matriculate to?

Admissions Director: Come in with an open mind.  Before deciding if this is or isn’t the right place for your child.  Even if you come in thinking it is right, listen and make sure before you apply.

My own final thought is this:  I once was in a group interview situation for one of the most of prestigious K-12 schools in the city and they had about eight to ten parents around a large table and opened it up to questions.  It started with one person asking how many letters from board members of the school would be too much to include in the application.  I believe the officer responded with one is likely enough and then another hand went up and a parent asked, “Following up on that, is it obnoxious…?”  I didn’t even have to hear the end of the question, because if you start with, “Is it obnoxious?”, it obviously will be obnoxious.  Sure enough: “Is it obnoxious to have someone from Clinton’s Cabinet write letters recommending our family?”   Clinton at that time was President.  I can’t say how the admissions director took that, but everyone else in the room including me, rolled their eyes.  So my personal thought would be, try not to be obnoxious.

Mother of three, Alice attended east coast private schools as a child and has been in the private school world as a parent for nearly twenty years.  Her kids attended Mirman for elementary, then Harvard-Westlake and Brentwood for high school, with one still to go.  She is a writer working in film, TV and for various magazines such as Family Fun, Wondertime, Glamour and Brides. 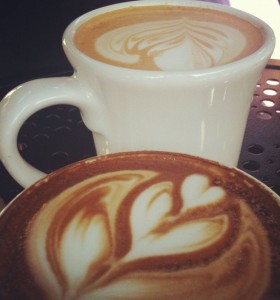 For better or worse, there’s no one-size-fits-all when it comes to parent interviews. It’s clear that every school has its own style of parent interview based on who the admissions director is.

Some parents are thrilled when they have a great interview at a school that is “ridiculously hard to get into.” The elation leads to dismay when their child is wait-listed at the school.

“How could this have happened?” they wonder.

“That woman has lunch with our Mother-In-Law every week!”

“We felt like the admissions director was an old friend…I’m so furious at being misled.”

What some parents don’t realize is that the same admissions director is making everyone feel like a beloved old friend. Each family leaves the interview feeling great and convinced they will get in.

Big personality, quiet introvert, young or experienced, friendly or aloof.  Admissions directors can reflect both their own style and the culture of the school.

The formal interview is another common style typical of certain schools. Impossible to read, the admissions director is typically nice, but not overly familiar or friendly. Parents may leave the interview not knowing what will happen. “I don’t know if it went well,” they’ll say.

At some schools, the admissions director will give a family signals the school just isn’t interested in them i.e. the freezing-cold shoulder. It’s not hard to realize when this is happening. “Poker face” turns to “rude poker face” within minutes. It happened to my husband and me, so I can attest to the surprise and dismay at being treated so unprofessionally. I wrote about this in Beyond The Brochure.

Every so often, a parent interview can start off well and take a turn for the worse based on a parental statement or question like, “I hear you admit a lot of problem kids.” Why yes, a question like that can ruin an interview!

Since you really don’t know what the parent interview will be like, the best thing to do is be prepared to talk about why your child and your family are a great fit for the school. Be specific. Research specific things you like about the school and share that with the admissions director. Ask smart questions that can lead to a conversation, rather than “yes” or “no” responses. A question about how long it will take to get from your house to the school isn’t a good question. Asking about types of volunteer opportunities for parents might lead to a great opportunity for you to tout your expertise in a certain area and for the admissions director to elaborate on the school’s signature volunteer projects and opportunities.

The bottom line is that the parent interview is a necessary step in the process. It may or may not be the interview you envisioned. But, once your child is (hopefully) admitted, you can laugh about your perceptions (or misperceptions) with the admissions director for many years to come.