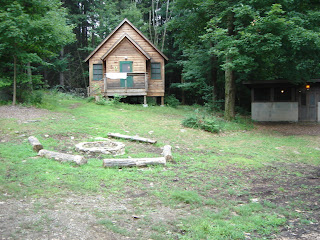 It’s hard to believe, but summer is just around the corner. And, like every other private elementary school parent in Los Angeles, I’m already grappling with the question of just what to do with my soon-to-be-ten year old daughter for the summer months.

I’m speaking, of course, of the choice between day camp and sleep away camp. Camps, at least in L.A., are sort of a given. There’s just no benefit to having your child lying about the house all summer long, especially since today’s parenting demands that you not only confine your child to the property (just in case some pervert wants to snatch them off the street. An unlikely event if there ever was one), you must entertain them as well. Los Angeles has no shortage of day camps, from Tumbleweed to Tom Sawyer and a plethora of temple day camps.
But, sooner or later, your kid will get sick of day camp. Or, you’ll get sick of either hauling them to bus stops every morning or chauffeuring them to various sports, arts, and science camps every week. This changeable summer schedule can be even worse than the school year schedule, turning the summer months into months spent mostly in an air conditioned automobile. My daughter hit the day camp limit years ago, and that’s when sleep away camp became an option. Since starting private school, I’ve learned that sleep away camps are popular among many private elementary school families.
Anna was actually lobbying for sleep away camp at age seven, but there was no way I was going to send her that young. She couldn’t even wash and brush her own hair properly, and I had visions of having to use a chisel to remove the dirt from her nostrils upon her return. Plus, I knew that three weeks (the average sleep away camp duration) is a long time for a kid. I managed to put it off until age eight, and then away she went, off to a camp I attended, my sister attended, and my step-sister attended as well. 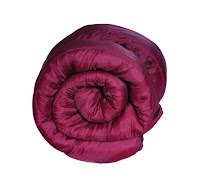 At such a young age, the camp was a mixed bag for Anna. She was one of the youngest kids, which she resented. There was the obligatory mean girl in the cabin, who offended Anna’s sense of justice. I received a few plaintive letters describing homesickness, yet the camp director informed me that she was fine.

Game for another round, she returned to the same camp the following year. It was definitely more successful, but she still had to deal with girl terror. Still, when she came down the escalator at LAX upon her return three weeks later, she was chatting kids up and hugging them.
This year, she initially refused sleep away camp, saying that she couldn’t deal with the kids. I offered to find her a different camp, with different kids (not that it matters; there’s always a creep in every cabin). After many refusals, she’s suddenly gotten it into her head that she wants to go to Maine (!) for a four week session on some lake somewhere (honestly, is there anyplace in Maine that doesn’t have a lake?).
So, why the change of heart and the interest in cross-country exploration? Although Anna was the first of her circle to sleep away, now the other kids are starting to go, too. And, given the vast number of east coast transplants here in Los Angeles, the parents have decided that an east coast camp experience is in order. Some of these camps run as long as seven weeks, which probably is totally appropriate if you live in NYC or Brooklyn, but makes a bit less sense coming from California. Add to that the cost of east coast camps, up to six grand for a month. And you thought private school was expensive.
Although Anna has had a turbulent time the last two years of sleep away camp, I applaud her willingness to go back time and time again. I went to sleep away camp and had a way harder time (partially because I was a great big nerd with glasses and bad hair), but I still consider it to be a good and character building experience. I’m even Facebook friends with one of my camp buddies from all those years ago; we went on a memorably filthy backpacking trip together at age fourteen.
Because of my willingness to send Anna away at a young age, I’ve received some rather obnoxious comments from freaked out parents. One of them even asked me what the molestation rate was at her last camp (a totally neurotic and completely offensive comment if there ever was one; I still don’t know if he was kidding or not). I think this sort of attitude says more about the parent’s level of anxiety than the kid’s. After all, it’s our job as parents to teach our children how to operate independently, and camp gives them an early chance to do it in a controlled environment. It also gives parents a chance to take a guilt free vacation, sleep in, wander the house naked and stay out until all hours. See? Summer camp for adults really does exist!
I still don’t know if I have the fortitude or the budget to send Anna off to Maine, but I do know she’ll be heading off somewhere for a session.* If nothing else, the rigors of camp, including having to share a cabin with many noisy people, participate in group activities, eat food that’s occasionally gross, and sleep outdoors, really makes these coddled kids appreciate home. When Anna returned from camp last year, it took at least three days to complain about anything. And that’s money and time well spent.

* Update: Anna will be heading to Maine for summer camp.
Jenny Heitz has worked as a staff writer for Coast Weekly in Carmel, freelanced in the South Bay, and then switched to advertising copywriting. Her daughter started 4th grade at Mirman School this year. She previously attended 3rd St. Elementary School. Jenny has been published recently in the Daily News and on Mamapedia, The Well Mom, Sane Moms, Hybrid Mom, The Culture Mom and A Child Grows In Brooklyn. She now writes about gift ideas and products on her blog, Find A Toad.
Please follow and like us:

One thought to “Guest Blogger Jenny: Sleep Away Camp And Summer Separation Anxiety”