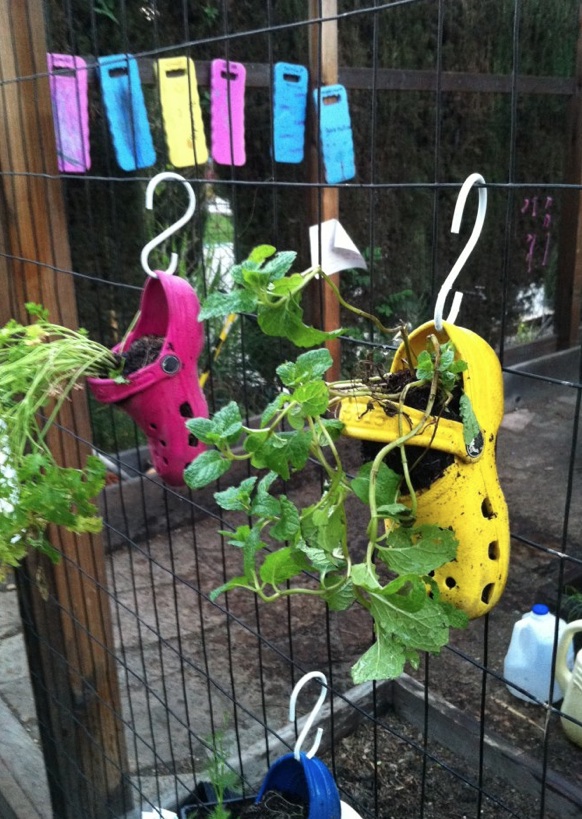 Parents who wonder if saddling a kindergartener with homework hurts more than helps may want to consider sending their children to a progressive school. Progressive schools believe that kids need to master social-emotional skills – articulating feelings, learning toresolve conflict, working well with others – in order to learn in the classroom.

Progressive schools typically feature group projects, experiential learning, and a curriculum that is geared to get kids invested in learning, rather than invested in grades. According to the progressive philosophy, a child who becomes intrinsically motivated to learn is more likely to excel academically and flourish emotionally.

After watching my son struggle in a traditional elementary school that seemed designed primarily as a pipeline to law school or the entertainment business, I looked for a school that wanted to help kids get along with each other instead of compete with each other.

So I enrolled my daughter in Children’s Community School (CCS), a progressive school in Van Nuys. Now in 5th grade, my daughter is a proactive, engaged learner who completes her homework without being nagged and wants to be the first kid in the classroom in the morning.

While I’m thrilled that she takes ownership of her learning process, I admit that at times I worry that years of deep learning but little test-taking will leave her unprepared for secondary school.

To ease my mind, I interviewed three CCS alumni parents and asked them about their child’s transition to secondary school. I wanted to know if kids who graduate from progressive elementary schools can truly hack it in more traditional school environments. Here is what they told me:

Question: Were there any gaps in your child’s learning due to being at a progressive school?

At times it was hard to resist the comparisons with other children at traditional schools: shouldn’t they be reading or reciting their times tables by now? But when my son graduated he was on par with other 7th graders. Needless worrying…

She needed to learn how to memorize for quizzes (e.g. vocabulary words). This took one bad quiz and ten minutes of instruction from me to overcome.

He worked with an ISEE prep tutor because the test is actually a 7th/8th grade test. There is material in it that no 6th grader – no matter what school they are in – would have covered. Elijah completely understood that he was studying for the test, thought it was ridiculous and consequently it had little meaning for him. But CCS does have the 5th and 6th graders work on practice tests to teach test-taking strategies.

Question: Many people think progressive schools don’t prepare kids for more rigorous secondary schools. From your child’s experience, can you speak to this?

This fear has more to do with the parent than with the child. From our experience, we have seen the benefit of what Elijah worked on during seven years of immersive projects. He has approached all his classes at Berkeley Hall with enthusiasm and depth and has done exceptionally well. For us, it has only further enforced our belief that CCS and progressive education is a phenomenal foundation.

Not true for us. In fact, our son thought grades were “stupid” and not a true measure of his knowledge. By the way, he is a 4.0 student in high school now. His 7th grade teacher actually called CCS to find out how it was that my son was so curious, volunteered to stay after school to learn more and put 110% into his assignments in comparison to other students.

Untrue. She had the time management and basic skills, ability to ask for help and overall confidence as a student necessary for the transition.

Question: Describe your child’s adjustment to secondary school. What was the toughest part of the transition? What was the smoothest?

Her adjustment has been fantastic, smooth across the board.

He is completely thriving. The only tough parts have been managing different classes and having to call teachers by their surnames.

Becoming a teenager was the hardest part of the transition. Making new friends, unfamiliar surroundings, understanding more structured classes – the CCS field trips and group meetings helped him to navigate this part.

Question: Are there ways in which you feel your child’s progressive education gave them an advantage over kids who went to traditional elementary schools?

Absolutely, the children who have come from traditional schools more often than not seem to only be able to look at their work and experience in one way. For Elijah, having gone to CCS, he is open and available to a myriad of viewpoints.

Her attitude about grades is profoundly healthy. She does her best, works hard, but is not wedded to the grade at the end of the process. She values doing her best and fully accepts that that still may result in a B, and when she has not tried her best, she takes responsibility for that C.

It’s funny that even today, our son, a junior in high school, will remark that he learned to approach learning in a different way and that there are many ways to solve the same problem. He is willing to question his teachers and challenge certain values. He still knows how to play his recorder and lately convened an afterschool club for boys who want to learn recorder. Imagine a bunch of burly teenage boys playing recorder on the football field!

Virginia Gilbert, MFT is a licensed marriage and family therapist living in Los Angeles. She is also a writer whose articles have appeared in Salon, Huffington Post, The Los Angeles Times, and Examiner to name a few. Together, her two children have attended three preschools, two elementary schools, and two middle schools in the L.A. area. www.virginiagilbertmft.com

Previous post by Virginia Gilbert: Children’s Community School: Where Kids Learn To Get Ahead By Getting Along