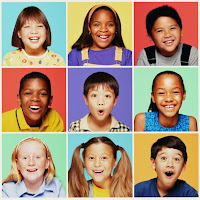 When it was time to begin the private elementary school application process for my daughter, I knew what I didn’t want.
I didn’t want a traditional, ultra-elitist private elementary school environment, the kind that my son had been struggling in for four years. The school that he attended was, and still is, a favorite destination for Hollywood parents paying for a pipeline into top-echelon secondary schools. I refer to this institution as “The Stepford School,” because all the parents and teachers wore the same vacant expression, the same shellacked-on smile, and repeated the same parenting sound bytes spooned to them during parent education meetings moderated by the Napoleonic School Director.  To bastardize George Orwell, this Director believed in treating the celebrity parents more equally than others. The trickle-down effect on the kids was alarming: the school was churning out well-groomed automatons unable to think for themselves and anxiously monitoring their ever-shifting spot on the social pecking order.
At the same time that my son was not thriving at “Stepford,” my daughter “Katherine” was flourishing at All Children Great and Small, a progressive preschool that operates out of a funky Craftsman bungalow in Los Feliz. In keeping with the progressive education philosophy, “Katherine” didn’t learn much about letters and numbers at preschool, but she learned how to work and play well with others. 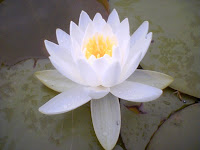 Whenever I went to All Children, whether to pick up my daughter, or participate in School Clean-Up day, I noticed that my cares evaporated when I walked through the door, and I just felt happy. When I looked around at the teachers, the kids, and the other parents, I saw that they looked happy too. And they actually enjoyed talking to each other! This could not have been further from my experience stepping onto the pristine grounds of “Stepford,” where the tacit message behind every clenched jaw and unfurrowed Botoxed forehead was: “How-much-do-I-need-to-donate-to-the-Annual-Fund-to-get-my-kid-into-Harvard-Westlake?” At “Stepford,” community events consisted more of jockeying for position than in truly working together towards a common goal.
So when I began elementary school tours in the fall of ’06, I looked for one thing: a community of people who seemed happy and well-adjusted. I looked for a community in which middle-class people were treated the same as rich people.  Where teachers had their own voice instead of serving as the Director’s puppets. Where everyone–kids, teachers, and parents–felt that they had something of value to contribute.
I encountered this ambience of authentic, democratic community the moment I walked through the gate of Children’s Community School (CCS). Located in Van Nuys on a pleasant but decidedly non-bells-and-whistles campus, CCS has been providing a progressive K-6 education for over 30 years. Founded by current Director Neal Wrightson and Leni Jacksen, CCS attracts a diverse population. Almost 40% of the student body receives financial aid. As one CCS mom puts it in her tongue-in-cheek yet apt way, “CCS is where rich people go so they don’t have to act like rich people.”
Of all the elementary schools to which we applied, the CCS application process was the sanest. I attended a parent-led tour ending with a conversation facilitated by Wrightson. Then a staff member from CCS visited “Katherine’s” preschool to observe her in her familiar school setting—the opposite approach of most other schools, which put 5-year-olds in the stressful position of going into a new environment, being separated from their parents, and taking tests. There was no parent interview required. The CCS application form was brief. I noted two CCS parents who knew our family and who could act as referrals. And that was that.
During the conversation on the parent tour, Wrightson answered nervous parents’ questions about the school’s policy on homework, conflict resolution and students’ transitions into secondary schools. One comment he made, in response to a query about what CCS offered to give kids a competitive edge, struck me as profoundly commonsensical. He explained that none of us knows what the best job markets will be in 20 years, so the school doesn’t teach to that. What CCS does do, however, is teach kids how to be part of a community. When kids learn how to contribute meaningfully to a group, how to listen to others, partner with others, and motivate others, they will be successful regardless of what profession they choose to go into.
Now that “Katherine” is entering her 4th grade year at CCS, I reflect on Wrightson’s comment often. While I have no clue what field she might go into one day, I know this: she’s good at working with others and she’s someone other kids want to work with. She’s able walk into a group of people she doesn’t know, strike up a conversation, make a friend, join in any activity. In CCS group projects (most of the learning is group-based) she knows both her roles and the roles of her peers. She has a voice and an ear; she can communicate her ideas and she can listen.
What she has gleaned more than anything is a sense that she is personally invested in her learning process. It is not something forced upon her, but something she feels responsible to own. She has a healthy pride and self-agency that comes both from being part of a community and feeling valued in that community.
Four years after starting that elementary school application process, I realize I found what I wanted: a place where kids learn how to belong and are taught that everyone deserves respect, regardless of the label on their pocketbook.
For More Information About Children’s Community School, visit, www.ccsteaches.org

For More Information About All Children Great And Small Preschool, visit, www.allchildrengreatandsmall.com

Virginia Gilbert is a licensed marriage and family therapist living in Los Angeles. She is also a writer whose articles have appeared in Salon, the Los Angeles Times, and Examiner.com, to name a few. Together, her two children have attended three preschools, two elementary schools, and two middle schools in the L.A. area.

10 thoughts to “Guest Blogger Virginia: Children’s Community School: Where Kids Learn To Get Ahead By Getting Along”