Writing a blog doesn’t necessarily require the writer to share much about themself although many bloggers do.  I’m such a private person that it still amazes me that I even have a blog. Beyond The Brochure isn’t a confessional blog, so it’s not filled with stories about my personal life. But, a few months ago, it occurred to me that some of you might want to know more about the moms on this site who are offering advice about private school admissions and writing about what life is really like at some of these schools.
So, I’ve posted some of Jenny and my recent blog pieces we’ve written for other sites, that offer more personal details about us (we’ve even told you our ages!). Who knows, maybe my co-authors, Anne and Porcha will tell-all too!


My favorite blogs tell me enough information about the writer so I can identify with them, understand them, learn from them and laugh with them. I relate to my favorite bloggers in some intrinsic way and therefore keep reading their blogs. That’s one of my favorite aspects of blogging, which is more personal than reading a newspaper (which I like too!). Of course, with a newspaper, you rarely get to know anything about a reporter whose stories you read regularly and whose writing you admire. So, in the interest of Oprah-style full disclosure, here are a few random questions for our favorite guest blogger, Jenny Heitz. Oh, and she has a question for me too. 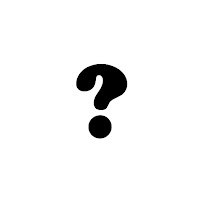 Want to know what Jenny thinks about the new (gasp!) $1,6oo Bugabook “Donkey” Stroller? Click on her guest post on one of our favorite mom blogs, Sane Moms


Don’t Forget! Jenny is holding a fabulous Mother’s Day giveaway on her modern gift giving blog, Find A Toad. Winner announced on May 4th! You know Jenny has fabulous taste, so click on Find A Toad to enter to win (I won’t tell you what the prize is). Hint: The April issue of In Style called the items “so right now.”