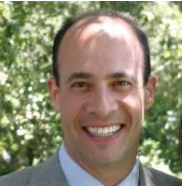 I met Jonathan Cristall recently for coffee in Westwood. We were introduced through a mutual friend, Lisa, who is his neighbor and my tennis friend. I chatted with Jonathan about growing up in L.A., raising kids, his work as a City Attorney and why he started writing about What They Don’t Teach Teens. I find his work interesting and extremely relevant for those of us with middle and high school age kids. I think you will too. As the mom of an 8th and 11th grader, of course I’m  concerned about everything from vaping to revenge porn. It was reassuring to talk to Jonathan, a formerly troubled teen himself, who offers practical, insightful advice about these important issue. He speaks at schools and parent groups. His book, What They Don’t Teach Teens, will be released in late 2018 by Quill Driver Press. –Christina

Q: You’re a husband, dad of three boys, and a busy prosecutor with the L.A. City Attorney’s Office. What inspired you to launch What They Don’t Teach Teens, a program where you write and speak at public and private schools about how we can keep our kids safe by teaching them 21st century life safety skills to navigate our complicated world, “physically, digitally, emotionally and legally?”

A: My wife Lisa and I have three great sons, two of whom are teens, and we simply believe that for them and other teens and tweens, coming of age today is increasingly complicated. All of our young people need to learn how to avoid mistakes that can cause themselves, and at times others, a lifetime of negative consequences. There are key life skills including understanding sexual misconduct like harassment, digital safety, your rights with the police and several other topics I teach that kids need to get right because there aren’t “do-overs” anymore—which, as a once troubled teen, is what I relied on to get by

Q: The programs you’ve designed focus on providing information for teens and parents. Why?

A: Almost all parents recognize the importance of their sons and daughters learning the What They Don’t Teach Teens lessons, but most simply don’t know the information themselves or have an engaging way to teach their teens. So, that’s where I come in. I teach directly to teens on behalf of a parent (or school) so they don’t have to; to parents only so they can decide how to convey the information they learn to their child in a manner that resonates with their family values, or; to both parents and teens simultaneously so that the information can be learned together, thereby setting the stage for important parent/child discussions about the topic(s) when and how they see fit.

Q: Digital Safety: Help! Where do we even start?

A: That’s a great question. Quite simply, since there’s so much ground for us to cover as parents in this regard, the most important thing is to just start the discussion! Ultimately though, the starting point is going to vary because our kids are in different places depending on their age and digital interest/sophistication. Still, if I were going to choose a “one-size fits all” starting point, it’d be that teens understand that whatever they post on social media or share electronically via email, text or any digital format, has the potential to exist forever and to be shared amongst people they don’t know. Once they hit “send,” there’s no getting it back, ever! Once that general concept is understood, parents can start covering the many other digital topics our kids need to understand like cyberbullying, privacy, etc. depending on what they feel their child needs at any given time. 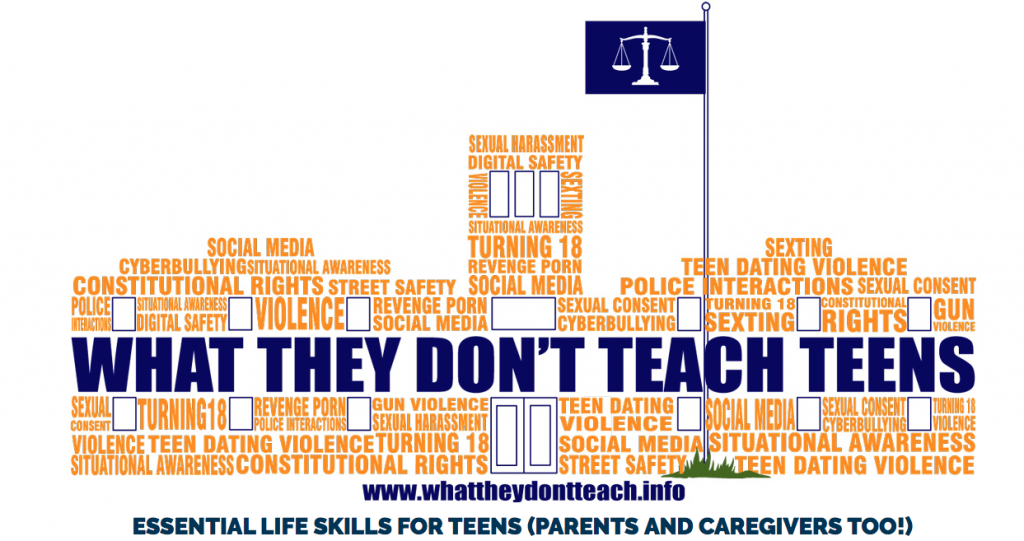 A: Since most of our kids won’t directly cyberbully someone, it’s most effective for them to understand that a cyberbully has no power without followers and inactive bystanders. Their mere digital presence within the bullying can make the target feel like everyone has turned against them. And, from the bully’s perspective, it will be thought of as support for the abuse. So, at a minimum, our kids should not participate even passively in a cyberbullying situation and, if they feel safe doing so, they should try to meaningfully intervene. The intervention part is really important but beyond what we can cover here. I’ll just say that there are always ways for our kids to intervene in some way, even something as simple as telling a trusted adult about what’s happening—which can even be done anonymously.

Speaking of trusted adults, if our child is ever the victim of cyberbullying, it’s critically important that they don’t suffer in silence, but instead tell someone they trust—preferably an adult—about what’s happening to them. There are also numerous online resources where teens or parents can reach out anonymously for help. As much as we want our children to come to us as their parents, they may be reluctant to do so for fear of losing their digital access.

When trying to talk with my sons about cyberbullying or other important issues, I usually do it casually in a car ride, when we’re having dinner at a restaurant, or when I’m tucking them in at night. Using current news stories related to the topic is always a good way to begin a discussion too by saying something like “Did you hear about….” We also have a monthly family meeting in which everyone is given one to two minutes to talk about anything they want—including lodging complaints. My section is called “Daddy’s Safety Minute” and in that short period of time I always cover one of these types of topics.

Q: Helping kids say “no” to friends is so important yet so difficult for many kids to do. What advice would you give to parents? To kids? Can you give us an example?

A: Well, kids certainly aren’t the only ones who have a hard time saying “no.” Many adults wish they could say “no” to their boss, co-workers, a partner, and perhaps, even their kids! So, I think we have to understand and appreciate that learning to say “no” is a skill that will serve them well for their entire lives and which gets easier with practice. And, we can help them practice!

For kids who are confident and assertive, they can be taught how to say “no” without ever uttering that word. For example, if a friend wants them to do something that they know they don’t want to do, they could say something like “I don’t want to, but thanks”; “Thanks for thinking of me, but I don’t think so”; or “I can’t do that, but why don’t we do ___ instead?” Of course, these should be customized so that they feel authentic to the child. Then, the response can be memorized and repeated when and how they see fit for years to come!

For other kids, my favorite thing is to have them stall. Since the one thing we don’t want them to do is say “yes” to something that they don’t want to do or aren’t sure that they really want to do. Instead of saying “yes” or “no” (or it’s functional equivalent as mentioned above), kids can say other things that buy them time like “I’m not sure, I’ll think about it”; “I’ll let you know”; “I’m busy now, but I’ll get back to you about it.” Again, these should be customized so that they feel authentic to the child. Hopefully, this gives them a window of opportunity to reflect on how they really feel about what they’ve been asked to do and maybe even talk to a parent for some guidance in the interim.

Thank you, Jonathan! To contact Jonathan about speaking events or for more information, click on What They Don’t Teach Teens.