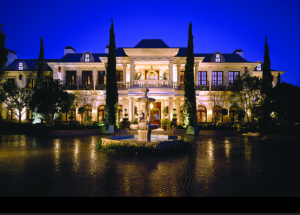 Yes, we’re finally doing it: Creating a full-time beat covering New York’s private schools. It is, perhaps, the one topic other than real estate that lights up cocktail party conversation. Dalton. Brearley. Fieldston. Spence. Collegiate, Horace Mann and Riverdale. And, yes, Regis and Ramaz and St. Ann’s and The Little Red Schoolhouse, too. They are bastions of aspiration and privilege both, places that inspire fierce competition and intense curiosity, worlds known to few outside their citizens yet critical to the shaping of the wider one. OK, maybe that’s a bit much, but we know this: The stories are yakkers that race up the most e-mailed list and get noticed; we’re talking about the kids of the people who run the world here.

When I first read this little tidbit, I thought it was, perhaps, something from The Onion.  It possesses both the clueless tone of the sheltered class and the cynicism of journalism as one hard, competitive business. I figured, “hey, this must be a joke, right?”

Nope. It’s serious. The New York Times, the newspaper of record, decided in 2010 it would be worth its while to devote a full time reporter to cover the vital importance of private schools in the city. Because, after all, the movers and shakers of the world send their kids to these schools, thus these schools shape the next generation of world leaders. This is so full of arrogance, so elitist, so presumptuous, and so badly spoken. Only New Yorkers, assuming their city is the center of the universe, could have written such hubris.

Let’s put aside for just a moment the fact that most people, even in Manhattan, don’t kibbitz their evenings away at cocktail events discussing real estate and private schools.  Most people are home feeding their children (who may or may not attend private schools), or, if they’re enjoying some after work intoxication, are doing so in a bar somewhere downtown.  I would like to focus on the other assumption here: that the children of the “people who run the world” are actually more likely to shape the wider world later in life.

I agree that, in terms of inherited wealth and a head start on success, kids in private schools have a definite leg up. This country has a class system that’s pretty obvious, and being at the top of the heap through the accident of being born into wealth is a great advantage. The Romneys, Kennedys, and Bushes stand out as prime examples of this. However, merely having wealth through family and being surrounded by wealthy people (like, say, at an elite private school), does not ensure the creation of world shapers. Kids need guidance from family. They need ethics, work habits, attention, encouragement, motivation, and more to become successful. Merely having fantastically successful parents who talk about private schools at cocktail parties just isn’t enough. Trust me: I went to an elite private school in Los Angeles, and usually the kids of the most successful (and famous) parents were the most screwed up and lost.

On July 7 2012, USA Today (NOT the newspaper of record, but still) ran an article entitled, “More Money, More Problems? Why rich kids hate mom, dad.” The gist was that money is an amplifier for family tension and stress. 70 percent of family businesses failed to be passed down successfully to next generations. The reasons? Rich parents didn’t say “no” enough, creating unrealistic feelings of entitlement in their kids, causing confusion and damage later. Rich parents are often rich because they’re at work and busy, and therefore don’t spend as much time with their kids, again leading to resentment. The third reason (and this reason I seriously question, given the surge of potential plutocracy in this country) is that society encourages wealthy parents to tell their kids to hide their wealth, creating confusion and tension once again. Doesn’t sound like a huge recipe for guaranteed success, although I guess it’s completely possible to hate your rich, world shaking parents and still become outrageously successful yourself.

On a more personal note, as a parent of a private school educated child, I’m puzzled by the idea that there’s this cabal of wealthy powerful people at private schools. I’m sure that they are there, of course, but my experience as a private school parent has never revolved around money or privilege.  The get togethers at Mirman School with other parents is usually interesting, but money and power is never discussed. Many of these parents are academics, doctors, lawyers, teachers, and yes, a few very financially successful businesspeople. Who never talk about it. At all.

You know why they don’t talk about it? Because the private school isn’t about them, it’s about the kids. What is the most absurd thing about that NYT memo is that the beat sounds more like a rich and famous gossip beat than a true education beat. It’s all about the fascination with, and catering to, the rich people, not about different ways and means of educating our children. If I didn’t know better, I’d say it was an internal memo from The National Inquirer, not the venerable New York Times. No wonder I thought it was Onion worthy.

Rather than yakking online and otherwise about the ultra rich world beaters who send, and have always sent, their progeny to private schools, perhaps the emphasis should be on the middle class parents who have sent their kids to private school because they feel a quality public school education is no longer a possibility.  Maybe parents like myself, who tried public school for years before determining it wasn’t working for my child. Parents who sacrifice financially to send their kids to private school because there really isn’t a viable alternative; parents who qualify for financial aid and it’s still a hardship. Discussing private school as an alternative many parents seek because the public system has been hijacked by politics at the expense of our children: now that would be a private school angle worth exploring.

Jenny Heitz Schulte has worked as a staff writer for Coast Weekly in Carmel, freelanced in the South Bay, and then switched to advertising copywriting. She is a graduate of Crossroads and U.C. Santa Cruz. She earned her M.S. in journalism from San Jose State. Her daughter started 4th grade at Mirman School in 2010. She previously attended 3rd St. Elementary School. Jenny has been published in the Daily News and on Mamapedia, The Well Mom, Hybrid Mom and A Child Grows In Brooklyn. She now writes about gift ideas and products on her blog, Find A Toad.

One thought to “Guest Blogger Jenny: Private Schools Are Bastions of Power and Privilege says NYT”