Skip to main content
The other day I read an article in the New York Times. Its headline was, “Mom Uniforms for School Run Are Designers,” meaning that Manhattan mommies dress up for private school drop offs and pick ups. It sort of made me laugh at first.
But then I started thinking about it more. Some of the mothers interviewed in the article were working mothers and dressed fashionably and accordingly. Thus, it wasn’t really a “Mom uniform,” it was a “Work uniform” (I hardly think that the New York Times would bother with an article commenting on the “Dad uniform” of an Armani suit and tie, so there’s some sexism at work there). And the other mothers, well, maybe they just wanted to look nice. Or actually wear the lovely stuff they’d purchased. Maybe drop off and pick up times were a good a time as any to pretty up.
Then I started thinking about the moms at Mirman, my daughter’s school. Were they dressing up? Nope. The parent body at Mirman ranges from fairly harried moms of multiple kids to some very understated yet classy dressers. Plus, some parents who arrive in surgical scrubs. Now, that’s a uniform with integrity, and there’s nothing like it to give everyone an inferiority complex about whatever paltry-thing-that doesn’t-involve-saving-human-life that they do for a living. Ok, there’s one super fashion mom at Mirman; she often dresses like the mannequins on Net-A-Porter. She’s very cool and her mommy uniform is solely her own. I have no sense that she’s dressing to impress anyone; she’s just pleasing herself.
But Mirman is strange (in a good way), and the parent body is overrun with academics and brainiacs who maybe aren’t that into the culture at large, so I decided to ask, in a totally unscientific and unbalanced way, how the mom uniform manifests at other private schools.
Take one uber-traditional school for instance. This school is a religious school. It has a fair amount of hefty old money attached to it as well. One could imagine Birkin bags and Chanel flats. I asked my very understated but classy friend, who sends her daughter to this school, what the mom uniform was there.
“Pretty dowdy,” she replied. “A bunch of Frumpelstiltskins. I swear, one of the moms even wears a Bump-It.”
This wasn’t really the answer I was expecting. She later admitted that maybe there were some Chanel flats lurking during those parent meetings. But they were the wrong Chanel flats, worn without irony. 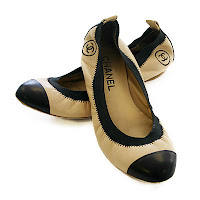 I don’t think that that’s typical for LA private school mom uniforms, though. My friends at two very popular schools (both extremely progressive schools) speak of many thousand dollar handbags, premium fashion brands like Prada, hipster fashion houses like Rag and Bone. I suppose they feel pressure to compete on some level, since life after high school is still just one degree removed from it; you can end up participating in high school level lunacy forever if you aren’t careful.
So why, when we parents aren’t attending these schools, our children are, is the “mom uniform” even an issue? Before you (if you haven’t already) dismissed me as shallow and superficial, I think there’s some significance here. For instance, as I’m not a particularly dolled up mom and I don’t own a super designer handbag, I’m not sure I’d want my kid to attend a school full of families who all value such things and aggressively display them. This isn’t about “looking nice,” it’s about not flaunting your wealth in an outward way. The flash and bling just aren’t part of my family’s culture. So the minimal emphasis on appearance at Mirman suits me just fine, although it might not suit someone else at all.
In the end, I suppose, you pick the “uniform” you feel most comfortable in, for vanity or necessity, whether it’s high fashion or jeans or workout wear or suits.  But, you might want to lose the Bump-It.


See our previous post Fashion Dispatch to find out what moms at top schools are wearing.
Jenny Heitz has worked as a staff writer for Coast Weekly in Carmel, freelanced in the South Bay, and then switched to advertising copywriting. Her daughter started 4th grade at Mirman School this year. She previously attended 3rd St. Elementary School. Jenny has been published recently in the Daily News and on Mamapedia, The Well Mom, Sane Moms, Hybrid Mom, The Culture Mom and A Child Grows In Brooklyn. She now writes about gift ideas and products on her blog, Find A Toad.

5 thoughts to “Guest Blogger Jenny: Is There A Mom "Uniform" At LA Private Elementary Schools?”