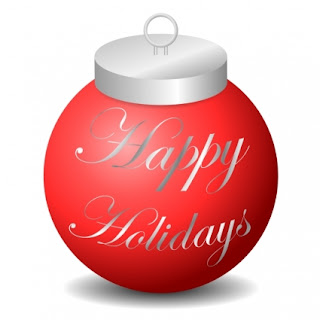 Coming from public school into private school was a total study in contrasts, for obvious reasons. But one thing I didn’t anticipate was the difference in the approach of the holidays.

At Anna’s former public school, there was never much fuss made about the holidays. Usually there was some sort of potluck organized by classroom parents, but that was it. At Mirman, however, the holiday music program is a big deal. It’s also kind of a strange deal, one that is probably played out repeatedly at other L.A. private schools.
Held in a huge Presbyterian church, the Mirman Holiday Music Program is jam packed with song. The kids wear different colored t-shirts, ordered especially for the event, and they’re about as disciplined and trained as any amateur juvenile singers you’re likely to see.
What struck me hard, however, is how resolutely secular last year’s program was (especially in contrast to the resolutely religious setting). Called “The Colors of Winter,” it had sort of “winter” themed songs, a couple of secular Christmas numbers (“Reindeer Rap” is the one I remember), a Chanukah song, and a Kwanzaa song. By secular, I mean that there was no mention of the religious significance of Christmas anywhere; it was as if Christmas had always been about Santa and his reindeer. Chanukah, of course, (jokes about Chanukah Harry aside), can only be described in historical and religious terms, while Kwanzaa has never been adequately described to me on any level, ever, religiously or otherwise (after a little research, I do know that, unlike the other two holidays, Kwanzaa has only been around in the U.S. since 1966, and is an ethnic celebration rather than a religious one).
Now, I have no real religious affiliation. I’m technically Jewish, have a Christmas tree, love the Easter bunny and celebrate holidays in a schizophrenic fashion. But, I still play religiously themed Christmas songs at my holiday parties.  I would have no objection to more Christmas religious significance being paid at my kid’s Holiday Program, especially since Chanukah is there in all its glory.
In fact, by dodging the Christmas bullet, perhaps the private non religious schools are missing a golden educational opportunity. Part of a good secular education is examining and understanding, on a factual and intellectual level, the practices and priorities of cultures. What’s wrong with a little religious education in a secular school, if it isn’t favoring that religion, is merely informative, and relates to the holiday at hand. What are we celebrating here, anyway: two weeks off to go skiing?
This year’s Holiday Program at Mirman is all about Hollywood and the movies, utterly abandoning the holiday religious significance altogether. Thus, instead of holiday songs, we get songs from “The Lion King” and “When Harry Met Sally.” I guess, then, when Anna is up there singing “It Had To Be You,” she might be singing it to Jesus, or maybe Chanukah Harry. It’ll be hard to know.


Jenny Heitz has worked as a staff writer for Coast Weekly in Carmel, freelanced in the South Bay, and then switched to advertising copywriting. Her daughter started 4th grade at Mirman School last year. She previously attended 3rd St. Elementary School. Jenny has been published recently in the Daily News and on Mamapedia, The Well Mom, Sane Moms, Hybrid Mom, The Culture Mom and A Child Grows In Brooklyn. She now writes about gift ideas and products on her blog, Find A Toad.
Don’t Miss School Events, Photos, Guest Posts and More! Like Us On Facebook!
Please follow and like us: