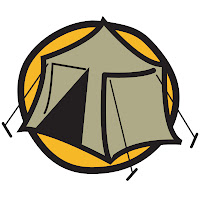 Although it has been several years since I toured LA private elementary schools, there are a few experiences that can still make me smile. Actually, I was really set on having my son attend a neighborhood public school that had a tremendous “buzz” surrounding it. This particular school had a dynamic new principal and lots of dedicated parents intent on “taking back our local school”. Unfortunately for me (and subsequently our savings account), I attended open school night on two separate occasions that killed any notion of enrolling my child in that school.

As I was sitting in a 3rd grade classroom, I looked up at a number line that was a permanent fixture above the chalkboard. “Wow”, I thought to myself, “this new-fangled math is really confusing”. When I was a kid 3 x 3 equaled 9. These days 3 x 3 equal 10! “I think I need to send my son to a more traditional school”, I remember thinking. When I pointed out the error to the principal, she assured me that there were going to be many changes occurring and that new math teachers (with the old fashioned math skills that I was taught), were going to be hired.Oh, it was just a silly mistake that was displayed for the entire 3rd grade to look at daily. To think they would memorize this multiplication error was unsettling. I went home feeling queasy with anxiety, but decided I would attend the second open house a few weeks later.

The second open school night was held in a different wing of the school, in a 4th grade classroom. The room was spic and span, the general demeanor was energized and positive. I reveled in the company of other prospective parents. I happily listened to the philosophy of the principal and read cute little sentences posted as examples of vocabulary words students were learning. “Nectar is used to ATTRACK butterflies”. I thought, “the T must just look like a K”!“Oh, it was just an oversight, right”? “Well, I’ll go walk around and see what the other 4th grade classroom looks like”. And plain as day, there it was again. “Nectar is used to ATTRACK butterflies” in very clear, adult handwriting.

So, you could say it was a mathematical mistake and a grammatical error that brought me to my desperate and urgent quest for the right private elementary school. At this point, time was of the essence. I hadn’t seriously done my research about various types of schools. I had no idea which schools would be a good fit educationally and socially for our family. Luckily, I was able to schedule five kindergarten tours of private elementary schools.

The first school we visited was very small, set on the grounds of a church. Although the school was non-denominational, I could still feel the aura of religious icons and could detect the faint odor of incense and burnt candles. This could have been my imagination (was it?) because a certain reverence overcomes me whenever I am in the presence of pews. I lose my personality because I feel judged for growing up with no religious affiliation. I constantly think people see what a heretic I must be. I found myself speaking in hushed tones that no one could understand, as I introduced myself as the mother of the devil’s spawn.

But there was a contradiction in this learning institution. It was literally Preppy Meets Hippy. I imagined I was in the living room of the faithful with the requisite snacks (potato chips, fruit in plastic bowls, pitchers of water) laid out on table-clothed folding tables. While touring the inner grounds and the upper classrooms, I suddenly envisioned myself walking the halls of an ivy-covered institution on the East Coast. I glanced at the group of parents surrounding me and didn’t feel I could belong to either division of the group. Some were clad in blazers that I imagined having an alumni patch from their college on the pocket. Others seemed to have left-over compost on their Birkenstocks.

As I went downstairs to the kindergarten rooms, I was transported 3000 miles and three decades back to Woodstock. There were a few sparse garden beds and some antiquated seats outside the room. Inside, a pleasant woman with long grey streaked hair and sandals held an acoustic guitar. Her voice was lovely. She was the teacher and seemed extremely enthusiastic about working with children, as she serenaded us with “The Wheels on the Bus”. The vibe was gentle and warm, if not a bit too touchy-feely for a former New York City denizen.Then it was time to formally meet the head of school, a sturdy woman with a former nun-like vibe (again, I felt the need to confess something!) and a glint in her eye. She was perfectly non-threatening. I don’t know why I felt so self-conscious of my high-heeled boots, make-up and over accessorized trendy outfit. I dress like this daily and never question my fashion choices because I work in the arts. All I could scream internally was “Who am I”? and “Where do I belong”? If this has never happened to you, and there is a prospect of feeling like a black and white chameleon for the next six or seven years, be assured it won’t be a comfortable fit! This school also had a mandatory camping trip (no RV’s allowed!) for about four days. Needless to say, we were rejected with no promise of a wait-list addition. I guess they knew I was a stranger in a strange land.

I toured the other schools and liked them well enough. But, when I walked into The Willows Community School in Culver City I felt as if I had found a new home. The other prospective parents looked familiar to me, even though I had never met them. It was the right fit! I hoped that the admissions director shared my enthusiasm. She did and it’s been a wonderful experience for the past few years!

There is an appropriate school for everyone. You just need to find the one that feels like “the abode of your heart”.

“Catherine” (not her real name) is a parent at The Willows Community School in Culver City.