Here’s a video about our first day of Kindergarten at The Willows School and some advice from lessons I’ve learned.

Some of you might remember the post I wrote, “No Good Deed Goes Unpunished: When School Volunteering Goes Wrong.  It generated a bunch of comments. It’s by far the worst—and last– tangle I’ve had with Willows School politics.

So, when an Evite popped up on my screen inviting my family to the 5th grade end of year pool party, imagine my delight disgust as soon as I saw the host. Its HER. The mom who still can’t look at me or speak to me after four years. Of course, I practically run when I see her, lest you think I’m smiling and waving hello.

I hit the delete button, but not before emailing the Evite to my husband with a “hell no” on the message. “Who else would want to do it?” came his reply.

Of course, I understand why this particular family is hosting this party. First, you must have a pool and yard large enough to hold kids from two classes (about 50 kids). You’ve also got to be willing to pay for it. And hire a lifeguard. And, most importantly, be willing to deal with the machinations behind private school gatherings.

What’s not necessary is to be on speaking terms with all the families in your grade. That obviously isn’t required to host this event. 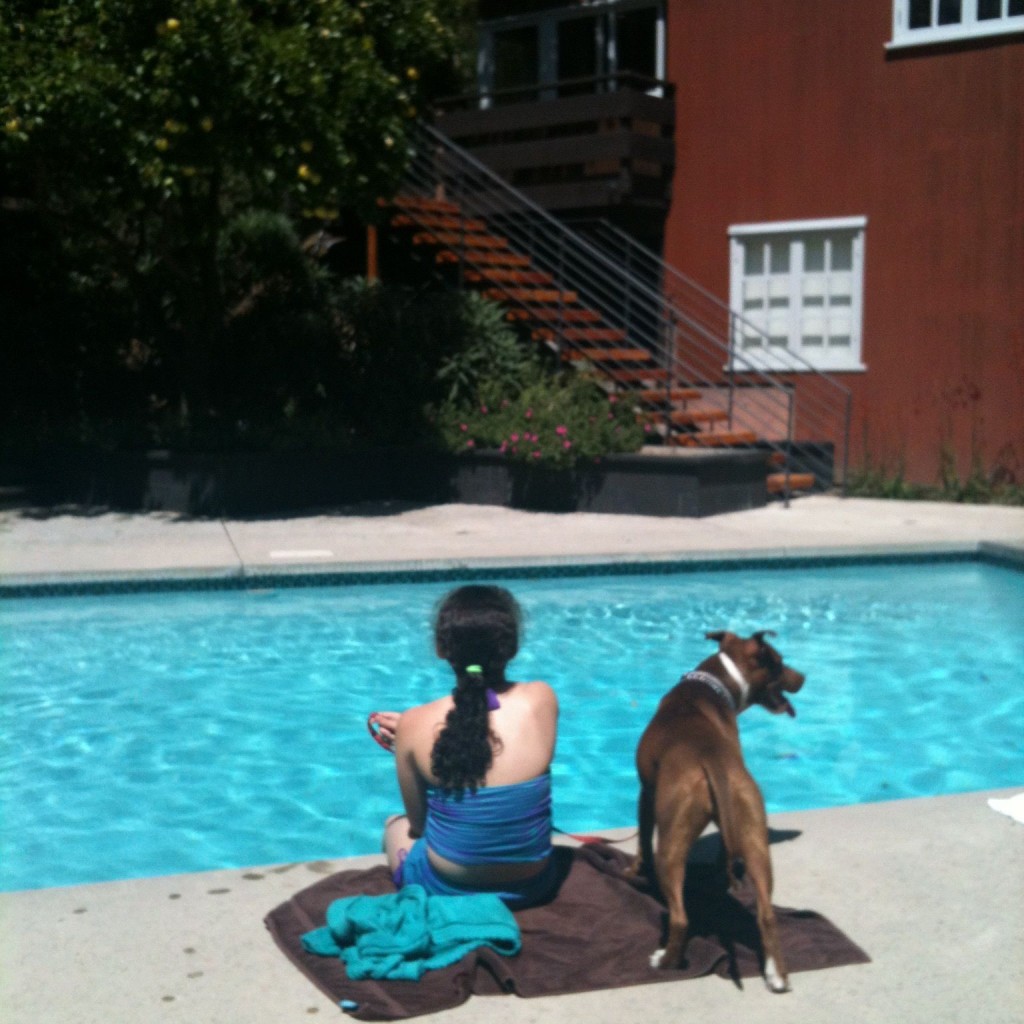 Now that we have a pool, maybe I’ll offer to host next year!

Third graders at The Willows Community School presented the culmination of their Native American Study Unit, designed to enhance their knowledge of Native American culture.  My son and his classmates worked on a series of classroom projects that included writing assignments, iSearch technology and art. The photos below show the amazing baskets, woven from looms the kids created on a paper plate in art class. The kids loved constructing and playing in the teepee.

Los Angeles, CA. September 7, 2010, 9:15 a.m.-– FU******K YOU, a mom from one of my kid’s classes screamed into the phone, before hanging up on me. It was the first day of school. I had just dropped off the kids and returned home before the phone started ringing. And ringing. And ringing. My short conversation with this mom wasn’t exactly what I was expecting on the first day of school. I was just hoping my kids would have a good day and all would go well for them.

This mom’s behavior was uncivilized and pathetic. She came unglued. A lame apology that blamed me was emailed several weeks later. You’re probably wondering what happened? Our kids didn’t have a fight. We didn’t volunteer together. We barely know each other. Certainly nothing that would justify that kind of a phone call!
We recently asked readers in a poll on this blog if it was important to have friends at your kids school. Most said yes. I agree. I need friendships with other moms at my kids’ school to help me get through the ups and downs of school, parenting. A Girls Night Out is fun too every once in a while! I’ve decided, however, after a few years at the school, that I only need a FEW friends. It took a while to make those really close friends, but our friendships have withstood the test of time…and of school politics.
My second year at The Willows, I co-chaired the school’s biggest parent-run fundraiser, the auction. We raised more than $200K. Great, you think? Not according the the head of the parent association (this position also comes with a board seat). After the event was over, I was exhausted, completely worn out. It was early evening when I received her email. It was a write-up thanking the auction co-chairs that would be printed in the school’s newsletter. I read it. The head of the parent association had nice things to say about my co-chairs. Then I read her blurb about me: “arrogant”, “extremely skilled at getting donations”, “a true Dr. Jekell, Mr. Hyde personality”. WHAT? This computer illerate had accidently sent the nasty email to ME and ALL MY CO-CHAIRS. Needless to say, there was collateral damage.
My conclusion about all this? When we ask–or demand–kindness, fairness and civility from our children, we must insist on the same from their parents. I’m not perfect! I admit to being difficult to work with sometimes. But, I’m a mom at a school doing volunteer work. To be insulted in the way I have is a sign of entitled wretchedness. Getting that early morning call at home on the first day of school isn’t what you want with your morning coffee. It speaks to a culture of mean-girl behavior.
Bullying is a big problem at many private elementary schools, which struggle to deal with bullies and mean kids. If schools insist on nice-girl (and boy) behavior from our kids, they should insist on it from the parents too.