Barbara Wagner, head of school at Marlborough School will resign effective June 30, 2015, following an investigation into her handling of allegations of sexual harassment brought by two former students against a former teacher. The report points to a “serious error in judgement by the head of school” when in 2005, Ms. Wagner failed to fully investigate a complaint by a student against the teacher, Mr. Koetters. The report states that Ms. Wagner incorrectly questioned the student’s veracity and motive regarding the teacher. According to the report, Ms. Wagner also failed to fully investigate a second student’s complaint about the teacher in 2012.

2:45 p.m. update: BuzzFeed quotes an attorney for one of the victims who says he’s not satisfied with the outcome. Looks like there may be a lawsuit brewing. The piece also quotes the mother of one victim. 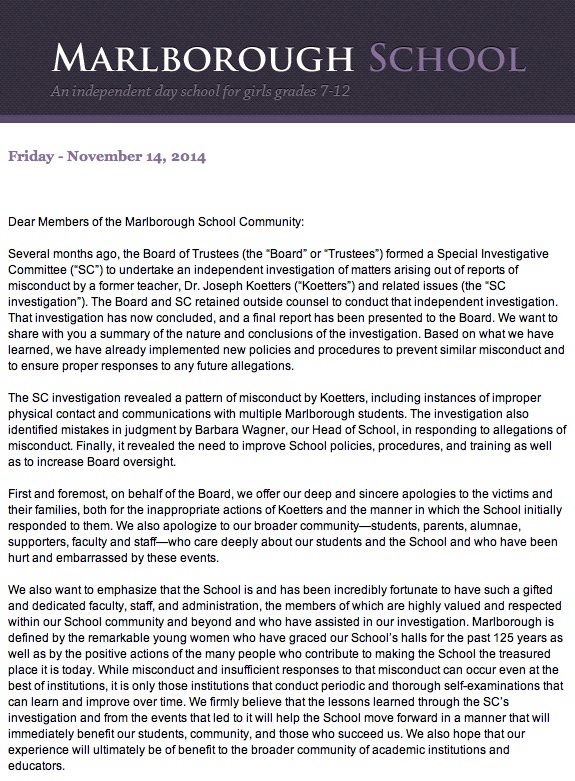 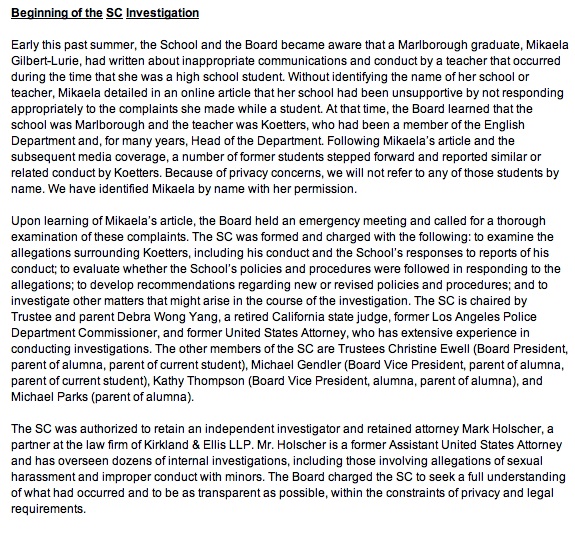 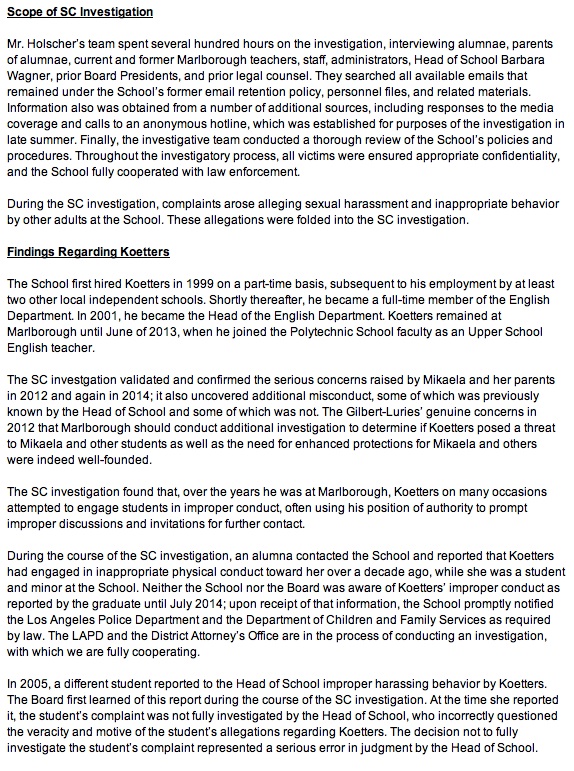 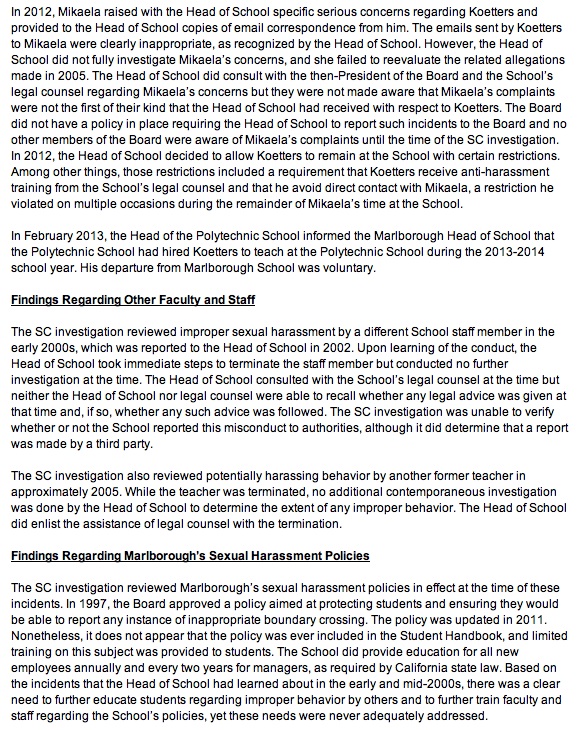 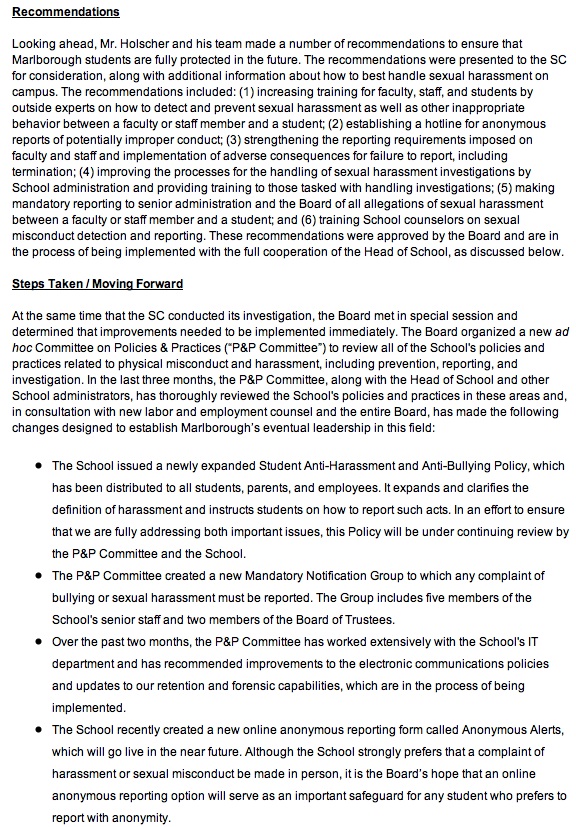 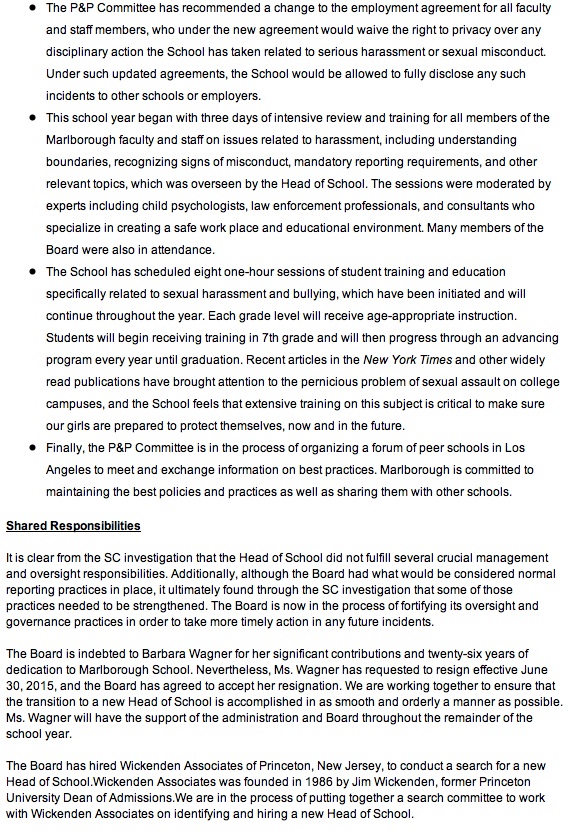 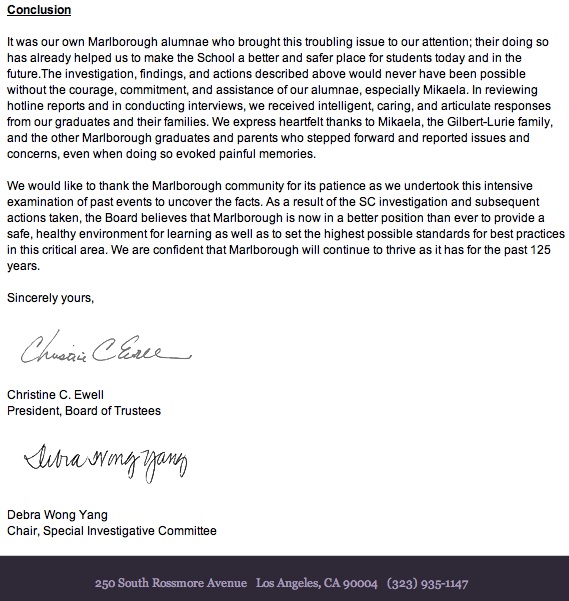 Today’s Los Angeles Times reports that a teacher accused of inappropriate conduct during his tenure at Marlborough was recently fired from his job at Polytechnic. The LAPD is investigating allegations and both schools have issued statements.

A detailed story was reported in BuzzFeed and posted on Beyond The Brochure’s Facebook page yesterday. Lots of interesting comments from readers there.

10:30 a.m. * Just added UK’s Daily Mail article about the investigation with a photo of the accused teacher.

Let’s be social! Like Beyond The Brochure on Facebook or Follow us on Twitter. Are you more the email type? Get our posts in your in box by subscribing (enter your email in the “subscribe” box on the right sidebar of the blog. Or, buy the Second Edition of our book at Amazon.com or your local bookstores!