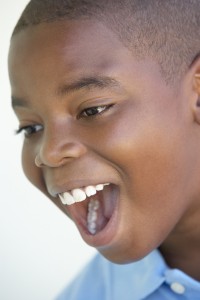 One of our blog readers asked us how private elementary schools handled gifted/highly gifted kids. We’ve been asked this question several times so Anne and I thought we’d answer with a blog post.

Unlike public schools, which have gifted magnet programs, most private schools handle gifted students on an as-needed basis. The Mirman School is the only private school in Los Angeles specifically for highly gifted kids and there is an IQ test required for admission.

Many private elementary schools (progressive and traditional) have the ability to meet the needs of gifted children. Typically, it is the teachers who determine which kids need more advanced work in one or more subjects. Sometimes a family will have their child tested by a psychologist to determine whether or not they are gifted and parental requests will be considered, but the teachers need to observe a child’s work within the classroom setting before requesting a child be given advanced work. Creating an individualized program or curriculum for one or a small group of kids requires additional work and resources from the school.

Here are the most common ways private schools meet the needs of gifted students:

1. Private schools will often put kids into ability groups for subjects like reading and math, beginning as early as first grade. The groups happen in the classroom and can be flexible, adding additional kids as the year progresses and as teachers observe certain kids who more advanced work.

2. Creating an advanced curriculum. If a school has one or two gifted kids who are working well beyond the curriculum that is being taught in the class, a school can create an advanced, individualized program for that child. In the lower elementary grades, this is typically what happens. Rather than have a 2nd grader attend a 4th grade math class, the school may pull the child out to work with a specialist teacher or faculty member several times a week. Homework would be included along with the advanced curriculum.

Really good, experienced teachers recognize the student who grasps the curriculum quickly and moves through the material ahead of schedule. They will find creative ways to extend the learning for these students. It is not just moving them ahead in the subject matter, but can include giving those students extra challenges in how they apply their advanced learning. This may take the form of an independent project that is designed by the student and teacher and woven into the fabric of class presentations. This deepens and broadens the learning rather than pushes the student into territory that they might not be developmentally prepared to take on.

It is more common to see this kind of accommodation in the language arts area than in math, though there are many ways to extend understandings of math concepts as well. For example, a language arts extension might include a student taking on an author study of a particular writer they have covered or creating their own story in the style of that writer. In math, a student who is extremely spatially proficient and jams through the geometry unit at an upper elementary level can come up with and construct a creative project that demonstrates to classmates some cool applications of the concepts they are learning.  Both of these allow gifted students to immerse themselves in the subject matter while relating it back to their classroom curriculum and to their peers.

3. In the upper elementary and middle school grades, it is not unusual to see gifted students attend an above grade level class. For example, several 6th graders might be placed in a 7th grade math class. This can happen at the request of the teacher or based on a placement test.

It is not common for a child to skip a grade in private elementary schools. For social and emotional reasons, this is rarely done, although it does happen. And, if the child is highly gifted advancing one grade level will probably not challenge the child enough. The most common difficulty for gifted students who move ahead and attend classes with older kids is a feeling of separation from peers and potential intimidation by older students. Often, the problem for gifted students who do not move ahead is a feeling of intellectual loneliness. It is important to strike a critical balance that avoids both of these pitfalls. Sensitive parents and schools can work together to do this well in most circumstances.

This post was written by Anne Simon and Christina Simon

All the news that’s fit to print, but won’t fit on the blog. “Like” Beyond The Brochure’s Facebook Page!

The word “nurture” means to nourish or feed, either in the form of food and sustenance or skills and education. By that definition, any Los Angeles private school has a “nurturing” environment. Each educates children every day, and most even gives them a balanced lunch, too.

But, (sigh) “nurturing” has taken on a much more involved and expanded definition according to our crop of private school helicopter parents.  Apparently, “nurturing” also means listening to and respecting everything the child says or desires, not letting them ever feel bad for even a moment about themselves (this includes bad grades that they earned), praising everything they do (no matter how mediocre it might be), and just generally kowtowing to the so-called “self esteem” movement (a movement which actually has produced kids with lower self esteem, but don’t get me started on that rant).

Thus, when parents are looking at private schools, they might be looking for the most “nurturing” environment, a place where their child is accepted for who she is in everything she does (even if she turns out to be disruptive, disrespectful, and refuses to eat her broccoli). Some schools do better at presenting the “nurturing” image better than others; The Willows School, for example, has a sterling reputation in this regard. In some ways, these schools appear to be nurturing the parents’ needs, not the children’s.

Well, my child doesn’t go to The Willows. My child goes to Mirman, a school with an air of mystery. What do they do there? I’ve heard it called (from rather clueless sources) everything from elitist (any private school earns this adjective in an instant) to “the Nazi school” (obviously listening to Rush Limbaugh instead of reading the brochure). So what’s the story? Is Mirman “nurturing?”

My daughter didn’t enter Mirman until 4th grade. She was understandably nervous about going to a new school with kids who’d mostly been there since Room 1 (there is no kindergarten). She was also uptight about the academic expectations; Mirman is a school for “highly gifted” students, and Anna came from public school. She worried about having to play catch up.

From the first day, Anna settled in quickly. Her teacher, a real pro, was kind to her while still expecting excellent work. Anna’s emotional comfort was greatly considered; nasty girl politics were shut down. Friends were made. Lunches were eaten. All in all, it was the easiest school transition Anna has ever had. Sure, she was the “new girl” for the first year. But that’s life.

If you define “nurturing” as educating, I honestly can’t think of a school that does a better job. The kinds of assignments they’re given are pretty extraordinary. Mirman teaches the kids to work in small groups, and encourages them to analyze their group’s dynamic in order to improve performance. Honest self-evaluation is a valuable skill, and Anna learned it early.  From self-analysis comes improvement, and that’s a true self-esteem booster.

Is the school squishy and warm and full of free time? Well, no it’s not. Mirman students are smart and wily; they’re a tough room. Mirman teachers are hyper organized and structured, because highly gifted children need to keep their brains occupied at all times. Those kids are stimulated all day long with constant knowledge and problem solving. They’re encouraged to have good manners (my daughter’s manners skyrocketed) and be able to make good conversation. They’re also expected to manage their own time, be responsible for their own work, remember the school’s honor code, and use their school distributed laptops according to the school’s ultra strict use agreement they signed.

Does that mean there’s no jokes or hugs? Of course not! Students get plenty of positive feedback, when it’s merited. The students are still treated like children, not like adults. Anna has had great, funny , respectful relationships with her teachers. This respect is reflected in the way the students treat one another; I’ve seen no substantive bullying or mean girl behavior there.

I think Mirman nurtures students in the best, purest possible way. The education is incredible, the social skills invaluable, the campus itself a lovely little oasis where the nerdy kids can be themselves. What’s more nurturing than that?

You know whom they don’t nurture? The parents! Seriously, the school just wants parents to drop the kids off, pay the tuition, help out when asked, and otherwise vaporize.  And I’m totally fine with that, because my daughter gets exactly what she needs to thrive.

Jenny Heitz Schulte has worked as a staff writer for Coast Weekly in Carmel, freelanced in the South Bay, and then switched to advertising copywriting. Her daughter started 4th grade at Mirman School in 2010. She previously attended 3rd St. Elementary School. Jenny has been published in the Daily News and on Mamapedia, The Well Mom, Hybrid Mom and A Child Grows In Brooklyn. She now writes about gift ideas and products on her blog, Find A Toad.