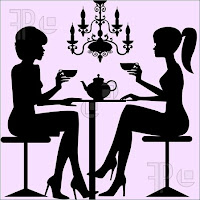 If all goes well, hopefully many of you will have a child starting private school this fall. It’s an exciting time but also a big adjustment for kids and parents alike After all, this is LA, where meeting other moms can be a Sisyphean task under the best of circumstances. Private school is no different (at least it wasn’t for me and a lot of my friends). The first day of school may be eye-opening for a bunch of reasons. You might observe:

But, this was just my experience. Yours may be totally different.

Others will expound on the virtues of having a close group of friends at their kid’s school, saying “we love our school because we feel such a sense of community with the other families.”

But what is “community” at a private school? For me, it’s moms who get together for coffee or lunch. It’s dads who get together for “guys night out.” It’s about being able to call a mom in your kid’s class to ask advice or just vent without being judged. It’s families who have dinner together. It’s about a mom calling to say, “I saw your daughter on the yard today and she looked so happy.” It’s more than a quick “hi” at morning drop-off. It’s knowing each others names.

It’s not that I want the epitome of a sorority. But, community at my kids’ school is very important to me. I want my kids to feel like they belong to a community of families. It hasn’t happened overnight, but I’ve made a few very good mom friends at school. My kids have made some close friends too.  But, it hasn’t been easy. Our first year at The Willows was difficult for a number of reasons. My daughter was bullied by a girl in her class, which made her transition more difficult than it would have normally been. It was (and still is) a geographically fragmented 4th grade. This has been one the biggest obstacles to building a sense of community with other families. The other obstacle, quite honestly, is that my daughter’s grade has a lot of parents who fall into the category of “I don’t want to hang out with parents at my kid’s school.” Some of them still don’t know each other’s names after having kids in the same grade since kindergarten. Friendships, in my opinion, tend to be very superficial among the majority of moms. Many have older siblings and are busy with their activities.

The lack of community in my daughter’s grade has been the single biggest challenge with our school. I had hoped for a closer knit group of families. Now that my kids are in 2nd and 4th grade, it’s less important than it was the first few years. By this age, my kids are picking their own friends. By secondary school, I imagine I’ll be looking for other qualities in a school like academic offerings and athletic programs.

I’m baffled by the mom who has been saying to me for the past 5 years, “let’s get the kids together for a playdate.” We had one playdate set up several years ago. She cancelled five minutes before I left the house to drive my daughter to her side of town. She asked again recently. I contacted her, but they weren’t available. I give up!

This might be a good topic to think about when you pick a school. If I had it to do over again, I’d make sure to ask the question of the admissions directors, parents and anyone else who might know: “Does your school have a strong sense of community?” What kind of events does the school have to give parents a chance to get together? Does the school emphasize community? If so, in what ways? Do parents here develop meaningful friendships?

To its credit, The Willows has begun to make an effort to help moms get to know each other. “Willows Wednesdays” is a new event for parents to meet for coffee each week. After all, our school has the word “community” in it’s name.  The Willows Community School.

Here’s a great article called “The Other Mothers” on the Power of Moms blog. The perfect piece as you begin to meet other moms in the private school world. Then if you want a really good laugh, like LOL… read the insanely popular Bloggess as she talks about mommy business cards at the park.