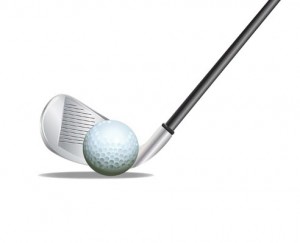 Since Beyond The Brochure is about applying to L.A. private elementary schools and what life is really like at some of these schools, its about time I discussed country clubs and the fact that they are a fixture on the social scene at many schools.

Talking to a private school parent recently, they told me they immediately fit right in when their kid started kindergarten at Curtis School since they knew everyone from their country club.

Growing up, my family didn’t belong to a country club. My parents were anti-establishment, left-of-center hippies. You couldn’t have paid them to join a country club. And, with Topanga State Park as our playground, who needed a club?

Fast forward to my daughter’s enrollment at The Willows School. This isn’t a school with a reputation for lifestyles of the rich and famous. So, when I began meeting moms who invited us to their various clubs for playdates, I didn’t really know what to think. My husband and I weren’t members of a country club. A few of our good friends were, but we had never given it much thought.

Playdates at a private country club? Say it ain’t so! I can’t. It’s true.

A group of Willows families in our grade belonged to a “low rent” private club. By “low rent” I mean about $2000 to join and a few hundred dollars per month in fees. Of course, if you play tennis like we do, the lessons can tally up to a few thousand a month. (This is small change compared to the clubs that cost six-figures to join). We visited as guests a few times and decided to become members. We’d meet Willlows families there for swimming and tennis. It was fun. The tennis camp is excellent and my daughter enjoyed a few summers there. Then, the kids got older and we moved to a house with a pool. They started saying they “hated” the club. We stopped using it and discontinued our membership. We haven’t joined another club.

Country clubs play a big part in the social life at some private schools. There are Willows families who belong to Brentwood Country Club, Bel Air Country Club, The Riviera, Beverly Hills Country Club, LA Tennis Club, The Jonathan Club and so on. These exclusive places are part of life at private schools for a many families. Just look through a school’s auction book and you’ll probably see auction items like golf for four at Brentwood Country Club or The Riviera or Braemar.  Dinner at The Jonathan Club. And that sort of thing. These are coveted auction items. Apparently, business gets done on the golf course. I’ve never set foot on a golf course, so I wouldn’t know. Barry (my husband) has gone on a few of these outings since he like golf. But, he always comes home saying he feels uncomfortable with the fact that the service staff are almost always minorities and he’s seen members treating them terribly, which makes him sick.

Some of you are probably already members of clubs so you won’t be surprised to meet other families who are members of your own club or other places. For those of you who aren’t country club members (or its not your thing), get ready. You’ll hear club names thrown around as if they were restaurants. The question is, will it be Spago or California Pizza Kitchen?

Here’s a piece about LA members-only Country Clubs from The Daily Truffle.