As you may know, I have made the difficult decision to leave Seven Arrows at the end of this school year. After a decade in my current position working in a job I’ve loved, I feel it’s time to explore other professional possibilities and commitments. It has been a pleasure and privilege to have worked with you over the years, and I sincerely hope I have the opportunity to cross paths with you in a new capacity and continue to stay in touch. Thank you for your partnership and friendship.

Without further ado, I am delighted to introduce you to Fiona Farrahi, Seven Arrows’ new director of admissions. Fiona joins us from Chicago’s Ancona School where she has been a key member of the strategic senior administration since 2010. As the school’s director of external affairs, Fiona is an independent school leader with hands on experience in admissions, enrollment management, marketing, and communications. In addition to her outstanding work experience, Fiona has also demonstrated her ability for leadership and retention through her work with open houses, tours, external marketing events and programs, and social media management. She is a member of the Association of Independent School Admission Professionals and an active member in the Chicago and Lake Shore independent school community.

Most importantly (and as is aligned with our Seven Arrows vision), Fiona understands the power of authentic and trusting relationships, and her approach to admissions is human-centric. In fact, she is very much looking forward to building her own meaningful connections with you and your school communities. She will be reaching out in the summer and fall to introduce herself and begin visiting all the phenomenal preschools LA’s Westside has to offer.

Fiona will be joined by Sonja Carlson in the admissions office as our new admission associate. Sonja joined the Seven Arrows community in 2014 and is excited to transition into her new role after two years as the communications & enrichment manager. In her short time with us, she has proven herself invaluable to the organization. Sonja moved to Los Angeles from her hometown of San Francisco after completing her undergraduate degree at UC Berkeley in American Studies & Media Studies. She loves baking, dancing, and exploring new neighborhoods by foot.

Please feel free to reach out to Fiona and Sonja any time. Have a wonderful summer. 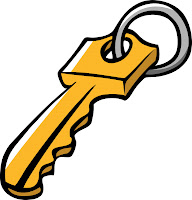 Each school has a unique admissions process. Some are more rigorous than others. Certain schools give parents the feeling they are trying to weed out kids through the process. Other schools make the admissions testing or visiting day seem like it’s merely a formality, but certainly not something that could make or break your child’s chances for acceptance.
The main point to remember is that you just have to get through the admissions process and you won’t have to deal with the admissions director again once your child is at the school, unless, of course, you like him or her. I really like Kim Feldman, the admissions director at the Willows, and so I’m always happy to see her.
At one LA private elementary school, the admissions director is known for being eccentric and odd. She asks the kids to hop on one foot during admissions testing. This, for some parents, is a huge deal breaker. Would this be enough for you to drop out of the process at that school? I toured this school and for a number of reasons, including the weird arrogance of the admissions director, chose not to apply. But, I have friends who have kids at the same school who are very happy there.
When I think of words to describe some of the admissions directors I encountered, here’s what comes to mind: Professional, low-key, quirky, odd, old-fashioned, unpredictable and drunk with power.
Still, I didn’t let my feelings about most of the admissions directors deter me from completing the process at the schools where really I wanted my daughter to attend. I had some bad moments before it was all over ( a terrible parent interview, stomach pain, and other stresses we discuss in the book).
I’ve concluded that private elementary school admissions directors occupy a unique place in LA. They are the gatekeepers who hold the keys to the empire. If you want a spot in their empire, you must convince them to unlock the door for you!