If you can name that school (or even one!) leave a comment!

Our recent post about fashion begged the question: hasn’t the recession impacted private school moms’ shopping habits? Of course it has. Sort of.

We are still knee-deep in a recession and its impact on some families at private schools in L.A. is still being felt. Hard. An article on CNN Money, “Making $300K and Getting Aid For A First Grader” was a national piece, but is relevant to schools in our city.

So what’s happing on the style front given this lagging economy that seems to show modest gains only to be followed by the release of new job numbers that indicate more bad news for workers?

At one posh Westside school, a friend told me she’s seen Prada-wearing moms showing up in Tory Burch, a definite downgrade in price. The “Hamptons-Chic” vibe is still the school uniform for these moms, but the recession has forced a designer swap.

A school on Mulholland known for its  rich hippy, rock n’ roll vibe has seen moms spending more on inexpensive tee shirts and holding off on the pricy Rick Owens or Balenciaga leather jackets until “next season.” Or the season after that.

“I still shop at Barney’s,” said one of my friends at The Willows School. “But, now I’m only going to buy something if its on sale.”

Another Willows friend said she thinks moms at our school are cutting back in ways that won’t noticeably impact their status. “I think private school moms who need to cut back are shopping at less expensive grocery stores rather than dressing differently,” she told me.

My friend Pauline told me her daughter’s private elementary school in the Valley is one of the least fashion conscious places she knows. Both fashionista and recessionista, she’s cutting back on items that pre-recession she never thought she’d have to compromise on.

Says Pauline, “I just bought a t-shirt and sunglasses at Heavenly Couture on Larchmont, where everything is $15 and under. I think the fact that a store like this even exists on Larchmont Blvd. is evidence of a recession! I am a total brand snob and I’d never dreamed I’d go off-brand since I normally shop at Anthropologie or Polka Dots and Moonbeams. My t-shirt, kind of a Michael Stars rip-off, was $3.99 and my sunglasses were $6.99! After I lost my $100 Ralph Lauren glasses, I had to find a cheap replacement.”

Some private school moms are skipping trunk shows and designer events to avoid dropping $10,000 for a pile of stuff they don’t really need. But, will they fire their personal shoppers? Are they secretly heading to H&M for cool-girl fashion that won’t break the bank?

Luckily, The Gap has made a comeback after a few horrid years of dowdiness and Tween-inspired crap that would barely cover one of my arms. The Gap got its groove back just in time for moms like me who love their easy-to-wear, affordable items.

I’m not a fan of Forever 21 for adults over the age of…well, 21. I know moms who wear it, but it seems a bit too young, at least for me. That said, I bought these gorgeous earrings there for my daughter, but they were too big for her. I get more compliments on these $5 baubles than you can imagine.

Target is smart. Every time it introduces a high-end designer creating an affordable line for its stores, whether its Marni or Missoni, these low lines sell out immediately. Now Target will be making an entrance into Neiman Marcus. A reversal of fortune?

Those uber-popular white jeans seen all over the Westside schools? Will anybody really know if they are J Brand or J Crew? For everyone’s sake, lets hope not or the fur will fly.

Speaking of fur, which I detest with all my being, its never been a must-have item in L.A., although I know moms at a few schools who flaunt it. I would never wish hard financial times on anyone, unless it means they can no longer afford real fur. 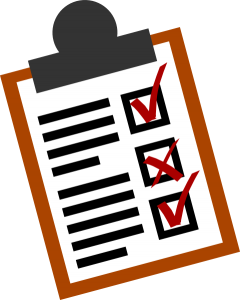 Applying Out: When Does A List of Schools Go From Comprehensive to Absurd?

If you currently have a child going into 6th grade this Fall, you probably realize that she might be “applying out” to another school. It’s a sad fact that, just when you’ve gotten over the trauma of applying to private elementary school, you’re forced to do the horrible thing all over again. We’re so sorry.

My daughter Anna is going to go through this process, not because she doesn’t love her current school (she attends Mirman), but because, if she gets into Marlborough, she won’t have to be on a bus two hours every day. Maybe she can do an afterschool sport, since we’re eastsiders and Marlborough is far more geographically desirable. I figure that if she doesn’t get accepted, she’ll just stay at Mirman. For her, the process is fairly low risk.

For other kids who attend elementary only private schools, the risks go up. They have to get in somewhere, and the competition is fierce. Yet, I recently witnessed something that really made me question the way these private schools steer students.

One of Anna’s friends attends a very well known private elementary school. She has to apply out. Her parents met with an advisor at the school recently, who gave them a list of schools picked specifically for their daughter. Sounds all well and good.

Except that, upon hearing the list, I was mystified (I have no idea if her parents were mystified as well). This list of seven or eight schools ran the gamut from Marlborough to Campbell Hall to Windward to… New Roads.

Now, these are all good schools. But, it’s like a big list of apples and oranges. So, this girl’s a good enough student to handle the academic competitiveness and traditionalism of single sex Marlborough, but is self directed and artsy enough for the way loose atmosphere at New Roads? This list made no sense; it seemed scattershot. Again, all these schools are good, but a family that feels comfortable at Marlborough might not fit in quite as well at a New Roads.

Plus, keep in mind that while applying to dozens of colleges is easy now with that one common application, applying to private schools in Los Angeles is a constant and intense process. Each application costs money, each requires personal references and transcripts, and each school requires multiple events ranging from tours and info nights to interviews and student visiting days.  Multiply that process seven or eight times, with each disparate school wanting to hear different things, and you’ve got a new full time job for the next year. Add to this the pressure put on your kid, and 6th grade becomes the lost year.

Personally, I think you’re better off narrowing your school application focus to schools you and your kid really like, that fit your values and your kid’s abilities and interests. The more you dilute your efforts, the less effective those efforts will be.  Plus, when it comes to your kid, not all private schools are created equal. And the last thing you want is your child in an environment that’s just not right for her.

So, if your elementary school dribbles out a “hand selected” list of potential schools for your kid, peruse it closely. If some recommendations seem silly, they probably are. Eliminate some. And then focus your energy on the best choices. In the end, quality will win out over quantity.

Jenny Heitz has worked as a staff writer for Coast Weekly in Carmel, freelanced in the South Bay, and then switched to advertising copywriting. Her daughter started 4th grade at Mirman School in 2010. She previously attended 3rd St. Elementary School. Jenny has been published in the Daily News and on Mamapedia, The Well Mom, Hybrid Mom and A Child Grows In Brooklyn. She now writes about gift ideas and products on her blog, Find A Toad.

Its summer and I’m guest blogging today at the wonderful site, Salt and Nectar, while one of its authors is in Paris. Her photos from France are dreamy…

Meanwhile, back in the U.S., apparently, “snowplow parents” have replaced “helicopter parents” I’ve seen a few of these types… Click on Salt and Nectar to read my piece.

Don’t get me wrong, I like the idea of exposing kids to new places, cultures, foods and countries. And, I’m no stranger to Five Star resorts. Still, I’m astounded at the luxe vacations private elementary school parents take their young kids on for spring break. We’re not talking about high school or college graduation. We’re taking about 2nd grade spring break, 4th grade spring break, even kindergarten spring break to Thailand, Costa Rica and Switzerland.

Moroccan getaways, villas in Cabo, excursions to Japan, Thailand, Paris, Costa Rica and London. Statement vacations reign supreme. Jetting off on a moment’s notice without the hassle of horrifying body scans or sweltering 6 hour delays on the tarmac comes with the territory for a few of these families.

At The Willows School, a kid who traveled to an extremely exotic and faraway locale for spring break this year, regaled the entire grade with a slide show of the family’s trip, complete with editorial commentary that was meant to dazzle classmates.

I think its wonderful for kids to see remote places while they develop an appreciation and respect for other countries not their own. But, my kids will have to wait a while before we embark on a 15 hour flight to anywhere. Right now, my kids think Hawaii is awesome (because it is!) and I’m not going to try to try to change their opinion. My family also loves hanging out right here in my hometown.

If you’d rather wait until the kids are older to jet off to a fancy resort on the other side of the world, I’m with you. There are a lot of cool cultural and outdoor places to go right here in Los Angeles. Jennifer Brandt’s piece for Lifetime Moms about taking her son to the beach during her “summer of nothing” is so fun. Michelle Chiklis writes about a perfect day spent hiking in Temescal Canyon and then a bit of retail therapy. While spending the day as a tourist in your own city may not get your kid invited to present a slide show to the class, its certain to entertain and enlighten her.

Want to talk about summer vacations? How about Machu Picchu, Peru. Anyone want to go? Anybody at all? I thought so. They’ve already arrived and are posting pics on Facebook.