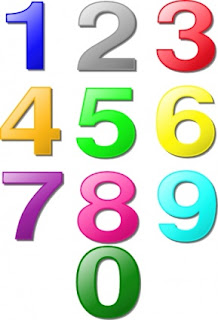 If you’re wondering (like I was) whether you’ve applied to enough schools, there are schools with January 2012 application deadlines. In Beyond The Brochure, we discuss this issue in detail. Obviously, there’s no perfect number, but if the schools you’ve selected are super-competitive, or you’re applying for financial aid, consider adding one or two more to your list. Here are a few schools with January 2012 admissions deadlines:
Campbell Hall: The deadline for all applications is Friday, January 27th, 2012.
St. James Episcopal School. Submit your application to the Admissions Office with the $100 non-refundable application fee as soon as possible, but no later than January 13, 2012. Late applications received will be considered after April if space is available.
New Roads: January 20, 2012. Deadline for completed applications
Pilgrim School: Jan. 31s, 2012.
PS #1. Still accepting applications for Fall 2012.
Children’s Community School. Deadline is Jan. 27, 2012.
Laurence School. Deadline is Jan. 15, 2012.
See previous posts about: School tours and A-List School Tours, My school tour process, What If We Don’t Love The Schools We Toured? and Apply to the schools you like
Don’t Miss School Events, Photos, Guest Posts and More! Like Us On Facebook! 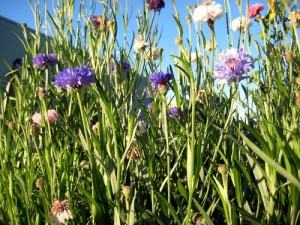 Edible Gardens LA: In the school gardens, attracting bees.  We started these from seed in September.

Editor’s Note: Beyond The Brochure is a blog about private elementary schools. But, when we learned about this issue, we felt compelled to write about it.
If you’re a parent of a school aged kid, you’ve doubtless had to deal with problem kids. Sometimes they’re your kid’s friend, sometimes just a classmate, and sometimes simply the subject of amusing dinner conversation.
But what happens when a small group of parents at a public school decide they don’t “like” a particular kid, start a petition for the kid’s removal from the classroom, and then take the matter to the press? That’s precisely what’s happened at Bay Laurel Elementary School in Calabasas.
The child in question is barely five years old, and is in a transitional pre-K program to help evaluate whether younger kids should be kept an extra year in kindergarten or moved forward at year’s end to first grade. The child has been accused of numerous types of “violence,” ranging from throwing chairs, kicking teachers, and screaming fits, all of which is hearsay and all of which is reported quite freely as fact in The Acorn, a Calabasas area newspaper.
The result of this is a modern day version of villagers storming the castle and demanding the “monster’s” head. Mind you, there have been no injuries, the child in question is being evaluated for behavioral disorders, and the school district is trying to refute the allegations, especially since it’s installed two aides to help the child adjust. Indeed, the district has no choice but to try and accommodate the child, since the obligation of the public school system is educate everyone, not just those without problems.
So how could this have been handled differently?  First off, it could have been handled internally. These sorts of issues are best handled by the individual school’s administration, not by petitioning the School District at a public meeting and then giving the information to the press (the organizing parent for the petition was particularly quotable in the article; this is not a compliment). Usually, problems with a single child can be reasonably handled by having the teacher, parent of the child, principal, and school psychologist meet and discuss strategies.
I had a similar situation happen in my daughter’s second grade year at Third St. Elementary. There was one child in the class who was so disruptive, even the 17 year pro of a teacher couldn’t handle him. After countless incidents, including this child whacking mine in the middle of class for coughing, the child was switched to a different classroom. In this case, it was, of course, a stop-gap measure: the mother refused the free assessments the school was offering, instead citing racism (the child was African American) as the reason for the complaints. Under the circumstances, the situation was handled fairly gracefully; the one who truly missed out was the “problem” child, since his parent refused to have him evaluated for behavioral issues.
While I understand the instinct to try and “protect” your child from violence or disruption, perhaps demonizing another person’s child in a public forum is taking instinct too far. Many parents seem obsessed with the idea of equality and “fairness,” but the public system is a far more complex balancing act. If these parents in Calabasas are so anxious to protect their progeny and handpick classmates, perhaps a private, rather than public, school might be a better fit. In the meantime, The Las Virgenes District School Board now not only must deal with angry, scared parents, but a potentially costly public relations problem. And in these times of tiny budgets and dwindling resources, that seems like a real waste of time and money. In the end, all the kids, including the one being thrown in the stocks in the town square, get nothing.
Jenny Heitz has worked as a staff writer for Coast Weekly in Carmel, freelanced in the South Bay, and then switched to advertising copywriting. Her daughter started 4th grade at Mirman School last year. She previously attended 3rd St. Elementary School. Jenny has been published recently in the Daily News and on Mamapedia, The Well Mom, Sane Moms, Hybrid Mom, The Culture Mom and A Child Grows In Brooklyn. She now writes about gift ideas and products on her blog, Find A Toad.
Don’t Miss School Events, Photos, Guest Posts and More! Like Us On Facebook!

I’m so honored to be interviewed by the beautifully written blog, Salt and Nectar, for their series, “Sweet Talks” about private elementary schools in Los Angeles, writing a book, being a mom blogger, my favorite TV shows and more! Salt and Nectar is a blog about the salty and sweet, the ups and downs of modern motherhood.


To read the interview, click on  Salt and Nectar