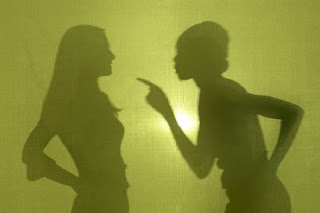 Bill Gates: The Gifted One

Gifted. The word conjures up all sorts of connotations for parents, from having a musical prodigy to spawning the next Bill Gates (like him or not, he’s definitely gifted). As the parent of a designated “highly gifted” child myself (you can read about Anna’s designation journeyhere), I was stunned to discover that, at least for the term “gifted,” there really isn’t any set criteria.

There was a post recently on Yahoo Parents (entitled, handily, “10 Signs Your Child May Be Gifted”) that tried to spell out exactly how to determine your child’s gifted status. The writer, not a psychologist or an expert (but, then, neither am I), had a list of traits that apparently encompass giftedness. These attributes included everything from longer attention spans to musical ability to your kid, essentially, being a chatterbox. It did not, however, give a set definition for what giftedness is, thus setting up a laundry list in which anyone’s child could fit at least a couple of the entries. So, please, read the article and congratulate yourself: your child is gifted… in something.
Whatever that means. Even LAUSD, when it comes to designating giftedness upon students, has three different ways to do it: IQ test (given by the district; good luck getting that scheduled), years of superior standardized testing scores, or teachers simply deciding your kid is smart, based upon a four item list. Confused? You should be. Some school districts (not LAUSD) even categorize athletic ability as giftedness (which it most certainly is, but not related to academics or IQ).
As someone who’s already been through the wringer with this process, I can say in all honesty that, in most cases, that “gifted” designation is a waste of time. The only reason to go through with it, pursuing the testing and all the other nonsense, is if you have some end goal in mind for your child. You think your kid is highly gifted and might benefit from a highly gifted magnet or school? By all means, test the kid.  By the time we tested Anna, we already knew that public school didn’t offer the resources to keep her academically occupied. She was pulling top grades, bored and restless, acting out in class, and the teachers often used her as an adjunct teacher for other kids (something that happens to smart kids all the time, unfairly; kids are supposed to be students, not unpaid TAs).
In the end, the only benefits the gifted status bestows upon your child are academic. A high IQ score in the highly gifted range opens the doors to incredible summer programs, wonderful private schools like Mirman (where my daughter goes, and loves), and a few highly regarded public magnet schools. So, if you’re interested in getting your child involved in that, get him or her tested using one of the standard IQ tests, usually either the Stanford Binet or the WISC. It costs you some money, takes about ninety minutes, and the kid usually has fun (my daughter totally enjoyed her testing process, and felt no pressure whatsoever).  You have the score in hand immediately, and then you can decide to proceed or ignore it (whatever you do, though, DO NOT tell your child the score. I believe it’s a set up for disaster. Anna will never know that she is smarter than her mother).
On the other hand, you could look at the incredible art your child produces, or her love and mastery of the guitar, or even her stealthy kicking gifts on the soccer field and know, right down to your bones, that no standardized test could ever measure such gifts.  A high IQ is a measurement of academic and intellectual potential, a raw quantitative analysis of what might be possible if your child decides to use it. But it’s not a pursuit, or a passion, or an achievement in and of itself.
Jenny Heitz has worked as a staff writer for Coast Weekly in Carmel, freelanced in the South Bay, and then switched to advertising copywriting. Her daughter started 4th grade at Mirman School this year. She previously attended 3rd St. Elementary School. Jenny has been published recently in the Daily News and on Mamapedia, The Well Mom, Sane Moms, Hybrid Mom, The Culture Mom and A Child Grows In Brooklyn. She now writes about gift ideas and products on her blog, Find A Toad. 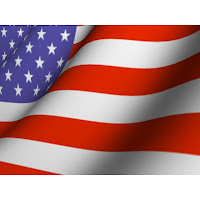 Guest blogger Jenny is in Hawaii enjoying a much-deserved vacation. She’ll be back later this week with her usual informative and funny posts here on Beyond The Brochure and her gift suggestions on Find A Toad.
I’m hosting a BBQ for a few friends because July 4th is my favorite holiday of the year. It always promises great weather, relaxation and a nice reminder of American patriotism. Enjoy your holiday!
Here’s a July 4th post I wrote in response to an open call for essays about “when you felt most American” on Open Salon, the sister site of Salon.com. This piece, called “Black Churches, “Amazing Grace And Feeling American, was selected for the cover as an Editor’s Pick.
Find us on Facebook!

If you think your child might do well at the school, try to look past the AD to other aspects of the school. Focus your attention on the teachers, the curicculium, the athletic program, diversity, the location of the school, etc.

Understand that you’ll probably have minimal if any contact with the AD once your child is enrolled in the school. Of course, if the AD has a dual role like asst. head of school, then that’s different.

Let’s face it, some ADs aren’t always the best representative for what may be a wonderful school. I’d talk to current parents at the school and try to get a deeper sense of the school and feedback on the aspects of a school that will be important to you and your child.