I stumbled across this post on Urban Baby recently:


LA private school process sucks, and there are fewer schools than NY (at least within reasonable driving area of wherever you live) so there are fewer choices. They are full of siblings and celebrities and then a few diversity admits. If you are white and unconnected, good luck with the most popular schools. On the next tier, you can find spaces…


This mom writes what many parents in LA think: that it’s impossible to get into LA’s top private elementary schools unless you are a celebrity or sibling. While there is no doubt LA private schools are uber-competitive, it’s not impossible. Every year, all types of families get into the best private elementary schools in LA. We wrote Beyond The Brochure to help parents navigate the admissions process and understand what really happens behind the scenes, how decisions are made and what you need to do to get your child into a great school. Your positive attitude and a sense of optimism are an absolutely necessary component to getting in. A belief that your child will get into the best school possible will help sustain you through the process. And, it will certainly come across as you interview at the schools.

Here’s one of my most personal guest posts about raising mixed race kids. It’s on a wonderful website called The Mother Company.


The Mother Company produces “Ruby’s Studio” a series of gentle, fun, and beautiful DVDs for preschool children ages 3-6. All of their shows focus on a single theme based in social and emotional learning – with the goal of helping parents teach these important lessons in a smart, stylish, meaningful way.

Wednesday night I attended a book signing for Got MILF? The Modern Mom’s Guide To Feeling Fabulous, Looking Great And Rocking A Minivan by Sarah Maizes. About a year ago, Sarah invited me to her house for a MILF focus group. She was writing the book and wanted to talk to a group of MILFs. In case you don’t know, MILF is short for “Mom I’d Like To F@#k.” Bewildered and flattered, I accepted her invitation. I’d never met her before, but how could I decline? I’d never been called a MILF! Over wine and food, we talked, laughed and discussed what was and what wasn’t a MILF.
Fast forward to the book signing at Book Soup where Sarah was her usual funny, charming self. After the book signing I got home and started reading Got MILF?. It’s hilarious! I couldn’t put it down and you won’t be able to either. Being a MILF is about more than looks–it’s a lifestyle.
For example, Sarah wonders if a MILF can “pimp a minivan…apparently you can and it’s pretty f@#king awesome!”
For more information, visit Sarah’s blog, Mommy Lite.
Now, let’s talk about dads who drive minivans. At private elementary schools. Yes, that’s correct. While there is a Willows dad who drives a Maserati (no, not my husband!), there are a lot of minivans too.
Not surprisingly, Jenny has an opinion about Toyota’s new Sienna Minivan ads targeting dads:
Recently, there’ve been billboards dotting L.A., boasting a Toyota Sienna minivan with the copy “Daddy like” emblazoned on it.
At first, I was confused. Was Toyota trying to reposition the Sienna as a cool car for hip dads? Because that seemed like a truly Sisyphean task. There’s just nothing, NOTHING cool about a minivan under any circumstances. Parents only buy minivans because they have to drive one to accommodate children, ridiculously large car seats (seriously, could these seats GET any bigger? They’re like the Barcaloungers of the road), big furry animals, shopping done in bulk, oddly shaped artwork, furniture destined for Goodwill, luggage for five, copious carpooling, and everything else that needs hauling around town.
Any bells and whistles found in a minivan quickly gets buried under the detritus of a hundred mornings of breakfast in the car, flyers pulled off the windshield and thrown in the back, pet hair, old candy wrappers and the remains of roughly forty five empty Starbuck’s grande latte containers. There’s mustard on the fake wood dash and the CD changer got clogged with Bubble Yum long ago. Cool? Even the people I know who own minivans and ARE actually cool would never describe their car using such language.  They don’t really “like” their car; they “suffer” it instead.
Such cool people, incidentally, hardly ever include dads. Dads tend to get a pass in the dork car department. Seriously, do you know any dad who drives the minivan as his main car? Nope. They tend to go for the Saab, or the BMW (the little wagon, for instance), or an Audi. No minivans. Unfortunately, that’s usually given over to the mom, who doesn’t deserve such a fate but has to look practicality square in the face, every single day.
A minivan, then, is a pragmatic choice. A minivan says “I already know this car isn’t cool, but I don’t care.” Because let’s face it: if you’re a parent who’s really into cool, and needs a big car, and have money, you probably own an SUV. Yeah, an SUV that drives really well and feels more like a car, except on stilts, and has leather interior and holds less than a minivan and gets worse gas mileage. If you look in any carpool pick up line at any private school in Los Angeles, you’ll see the automotive pecking order demonstrated en masse. Lined up, motors idling, there will be mostly SUVs, from the super sized Escalades to the more petite models, ranging in price from the highly ridiculous (Range Rover) to the modest (Toureg, the smarter driver’s Porsche Cayenne). Next come the minivans, usually unwashed and slightly dented, and then perhaps a smattering of sedans. A person like me, with one child? I drive a Mini and park it. Anywhere.
But back to Toyota’s viral Sienna advertising campaign, which is funny but totally misguided. As it turns out, if you go online and actually view the viral ads on YouTube, you’ll discover that Toyota’s not pushing the Sienna as being cool for dads at all. In fact, Toyota is making fun of those self-satisfied perfect parents who supposedly drive minivans. Viral Dad is a balding dorkmeyer with horn-rimmed glasses and a hoodie; Viral Mom an aging blonde sorority girl. Self-congratulatory and pretentious, Dad yaps on about freedom while running errands (“I can take all the time I want”), while sticking his head out of the window and letting the wind rush through his “hairs.”
Yes, it’s funny, if it were on Saturday Night Live. But what makes it funny is contempt for the parents, who are obnoxious. Usually, in advertising, the person in the ad either has something you want (a cool car), or is too hopeless to get the thing you want (a cool car). These people are hopelessly awful, AND they have the car. This does not make me want to buy a Sienna. It, in fact, repels me. The ad is amusing, yes, but it probably isn’t going to sell many minivans.
And that’s fine with me.
Here’s the link to the Toyota ad. If you only watch 90 seconds, it’s a must-see!

We leave you with this question: If you could only drive either a Minivan or a Maserati,which would it be? Leave us a comment!! 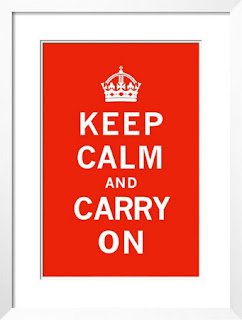