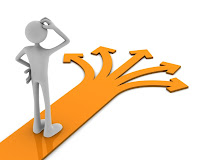 Now that the holidays are behind us, I can afford a bit of introspection regarding them, particularly where school is concerned. Take, for instance, the holiday school program. The holiday school program is practically an American institution, and certainly a tradition I’m loathe to disparage. But then again, the silliness the holiday program has morphed into deserves at least some scrutiny.
My daughter goes to The Mirman School, a school that isn’t known for flash or grandiosity. This is a school more likely to nurture the next Oliver Sacks than the next Katy Perry. While performance is definitely an aspect of the Mirman curriculum, it’s not a major emphasis; it’s not a performing arts school.
So imagine my surprise upon attending my first Mirman holiday program. Held not in the school’s spacious auditorium, but in the enormous Presbyterian church across the road (not a bad seat in the house, and that includes the restrooms), this was a full scale production. The classes wore color coded t-shirts (the theme was The Colors of Winter). There was a band (the bass player stunk). There was fairly elaborate staging and a tremendous amount of organization. It was impressive, in a grand way. It also seemed unlike anything else I’d seen come out of the school.
In contrast to this hoopla was the general blandness of the program itself. This isn’t necessarily the school’s fault. In an attempt to please everyone, and please them in a way that is almost entirely secular, the life has been bled out of the “holiday” program. Watching the Mirman program, I noticed no references directly to any religious Christmas significance. Chanukah was mentioned, along with temples and Judaism (there’s really no way to secularize the Jewish holidays fully). Kwanza got a song (a really bad song that seemed, well, unfortunate). And winter was mentioned, repeatedly, for its colors (pretty much the same in LA year round, although perhaps the air’s less yellow in December), its climate (the day of the program it was raining, so that was at least a change from 74 and sunny), and its activities (totally irrelevant to our climate and culture).
So here it was, this hugely produced show, the product of months of work, falling fairly limp. Certainly it was good for the kids to perform, and perform well. But it so missed the boat in terms of being anything meaningful.
Lest you say that I just need to send my kid to a more religious, less secular school if I so miss the spirit of Christmas, I have another example to prove you wrong. I have friends who send their children to an Episcopal school that has an enormous Christmas pageant every year, in a church, with nothing but big holiday significance. Yet, this program doesn’t deliver, either. One friend said she just gets her daughter ready and basically hangs out in an adjacent room, watching the event on closed circuit tv (“I can never really see her,” my friend admitted). Another couple drops their son off and then heads to a bar across the street for a couple of cocktails. So, there’s spirits involved here, but they don’t have anything to do with yuletide festivities.
One of the things that struck me so hard regarding these elaborate holiday festivities is how much they are about pleasing the adults. After all, the much beloved (and truly wonderful) music teacher at Mirman needs an outlet for his talents, the school feels the need to show just where your money is going, and the parents want to see results. But what about the kids?  Of course there’s benefit to learning to operate in a group, sing on command, and follow detailed instructions. But at private school, kids do these things, in one form or another, all day long. I’m not sure making them practice for hours, wear reindeer antlers and sing totally secular songs is exactly a value added.
Then again, I’m not the kind of parent eager to document every moment of my child’s life with pictures, video, and awestruck wonder. I live with the kid. I know she’s wonderful already. The school uses the professionally shot videos of the production as a fundraiser, practically forcing parents to purchase the DVDs of these “special moments.” The thing is, with all due respect to my child and her performing prowess, I’d rather not buy the DVD and donate some extra cash directly to the school instead.
Is the story the same at other schools across LA? I’m not sure. Maybe school productions are just inherently unsatisfying on some level; you’re there, mostly, to see your child, not to be massively entertained. Yet, can’t they do both? Couldn’t kids sing songs about the religious significance of Christmas, and the religious significance of Chanukah? Do we have to listen to “The Reindeer Rap” and pretend it’s a Christmas song? There must be a compromise in there, somewhere, that’s both politically neutral (being correct might be a lost cause) and, in the end, entertaining.
Or maybe I’m just being a Scrooge.
Jenny Heitz has worked as a staff writer for Coast Weekly in Carmel, freelanced in the South Bay, and then switched to advertising copywriting. Her daughter started 4th grade at Mirman School this year. She previously attended 3rd St. Elementary School. Jenny has been published recently in the Daily News. She now writes about gift ideas and products on her blog, Find A Toad.