One of our readers asked whether she should apply for 1st grade and skip the kindergarten admissions craziness and competition?

At first, that may sound like a great idea. Keep your child in preschool another year. Or, enroll him/her in your local public school for kindergarten. Then, apply to private elementary schools for first grade. Escaping the kindergarten application process sounds tempting! It can even sound like a fairly simple plan. If you’d rather be one of the 4,500 people stranded last week on the Carnival Cruise ship off the Mexican Rivera without power or fresh water than brave the kindergarten admissions process, that’s understandable. But, the problem is that there are just not enough (if any) openings for first grade at most schools to ensure your child will get in.
The challenge with the first grade application scenario is that most kids graduate from kindergarten and go on to first grade. At most schools, there are very few–if any–first grade spots available. Its not a point of entry at most schools. You’re basically waiting for someone to leave and hoping a spot opens up…a risky proposition. Granted, there can be a spot here or there, but it’s not a sure thing.
And, you also need to think about putting your child in three schools in three years: preschool, local public school and then first grade at private elementary school. That’s a lot of schools in a short time for a young child.
Obviously, if your child isn’t accepted for kindergarten and you choose to re-apply for first grade, that’s a different story. In that case, it makes sense to re-apply if it didn’t work out the first time.

Reader question: Are twins are tested/evaluated separately or together as part of the admissions process?

Anne Simon, Beyond The Brochure co-author and former head of Wildwood Elementary School answers the question:

If the school has a one-on-one or paper and pencil assessment, of course the twins will be evaluated separately. If they are observed in a playgroup situation, an interesting question arises. There will probably be more than one group time for these playgroups. If the twins are headed into separate classrooms, it makes sense to have them in separate observation groups. If there is only on grade per class and they will be together if admitted, then I expect the school will want to see them together. It is generally the school’s call, but parents certainly should have a voice in the matter.

What is important is for each child to have a chance to show who he/she is in the best light, but also one that is realistic and replicates the setting the child will find if entering the school.

There seems to be an endless fascination on the part of us private elementary school types about feeder schools to Harvard-Westlake. Understandable, right? Unclear. The chatter continues…including at a boisterous and fun dinner party at my house last night (eight adults and eight kids). A few of the guests were very “in-the-know” about all things Harvard-Westlake. * Updated May 9, 2019 to add Laurence School. 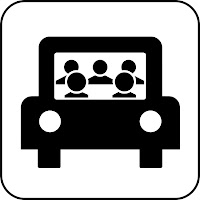 Happyland Preschool will be holding their Annual Kindergarten Night on Tuesday November 16th, at 6:00 p.m. This event is open to the public.

This is an opportunity for parents to learn about public and private schools who will have representatives at the event to talk about their schools, along with a Q&A.

Schools that will be represented: