I’m guest blogging today at Moms LA. Here’s my piece about our decision to choose private school instead of our local public elementary school.

It’s hard to really know what your child’s interests will be when you pick a school for them, usually starting in kindergarten. When we chose The Willows School, it was partly because we thought it would inspire our daughter’s love of learning. We were right. The school’s language-arts program is spectacular! As the school’s website says “The Willows Language Arts curriculum develops thoughtful, critical readers and articulate writers.” I agree.
Here’s a 5th grade homework assignment. My daughter had to write a story about Halloween, using vocabulary words which she underlined. It took about 30 minutes. Of course, I love reading my daughter’s writing. But, I’m also posting her story to give you an idea of what a truly creative writing/reading program can inspire in a child. The teachers asked my daughter to read the story to the class. Another important part of the language arts program is the role of The Willows’ librarian, Cathy. She has mentored my daughter since K, helping her select books, suggesting books that will challenge my daughter and capture her interest. Cathy knows that all good writers are also engaged readers!
Witch Story
There once was a witch named Wyona Washington-White. She was the worst witch you could ever imagine. Wyona was so extraordinary and also quite grotesque. She has greenish-yellow colored skin with three moles on her face. So does her sister, Wilma Washington-White. Wilma and Wyona are identical twins. On Halloween, the twins usually dress up as normal people and give out candy. This year, they wanted a change. The twins wanted an adventure. They got out their brooms, silently questioning if they still worked. Wilma and Wyona decided not to waste too much time fixing the brooms. Everything was ready to go. They got their coats and headed off. They went to all the little children’s houses to see if there was anything to make a potion with. Not every house had the things they were looking for. Some things they wanted were:
After 4 hours of looking, they found all the right things. Their potion was supposed to make people tired and easy to hypnotize. Instead, it made people, especially kids under the age of 4, more hyper and made them feel disquieted.
Wilma and Wyona would try again, but they go on vacation for every day that’s not Halloween.
Better luck next year (for them)
The End.
# # #
For more about The Willows School’s Language Arts Program, click HERE. 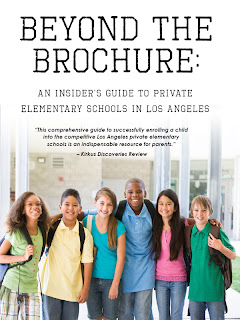 The fabulous Macaroni Kids Santa Monica is giving away a free copy of Beyond The Brochure: An Insider’s Guide To Private Elementary Schools In Los Angeles! 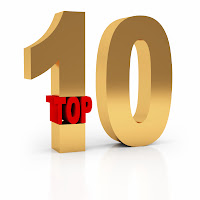 These are obviously generalizations, but it gives you an idea of what you might be paying for if you send your kid to private elementary school in Los Angeles.

1.    L.A. private elementary schools offer something for every type of parent and child: uber-traditional to super-progressive and everything in between

2.    They are clean and well-staffed

3.    The curriculum is typically cutting edge, based on the latest research and best practices

4.    The teachers are motivated, well-educated, caring, creative and smart

5.    They usually have character and values programs in place

6.    Teachers can be hired or fired as needed

7.    Technology is an integral part of the curriculum

8.    School gardens are beautiful and inspiring (even edible)